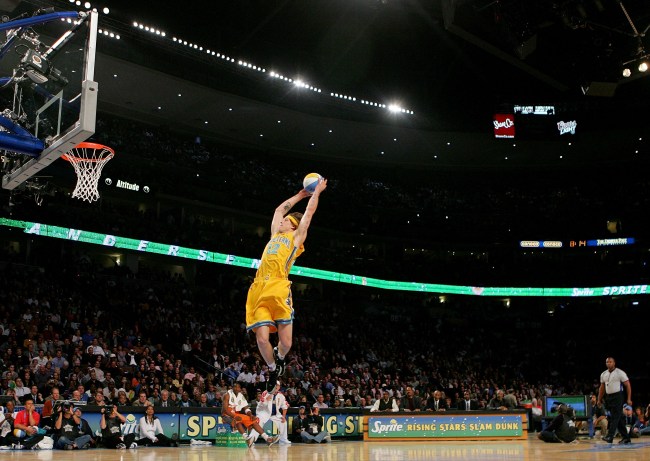 Oklahoma City’s Hamidou Diallo made me believe in the value of the NBA Dunk Contest again after putting on a show en route to becoming Dunk Contest Champion. The 6’5” 20-year-old rookie edged out Dennis Smith Jr. in the finals, but really won it with his second dunk over 7’1” legend Shaquille O’Neal.

Diallo earned a perfect 50 on the dunk, which paid tribute to two of Vince Carter’s most famous dunks–the elbow dunk during the 2000 dunk contest and Carter’s dunk over Frederic Weis at the 2000 Olympics, arguably the greatest dunk in competition ever caught on tape.

This is great – via @NBAHistory

These thunderous woofers come in stark contrast to the below clip of the worst dunk contest attempts in history. These are straight laughable.