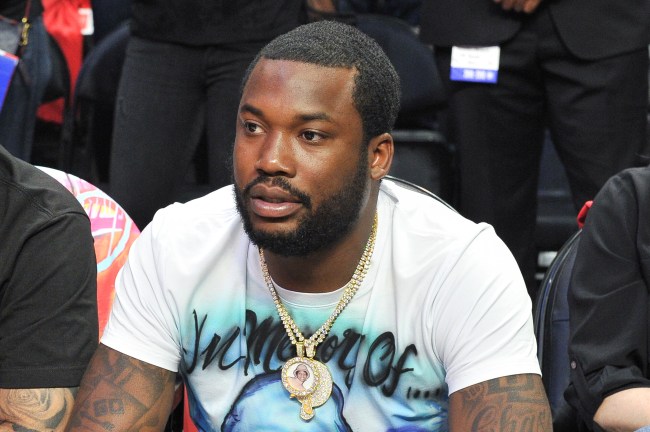 Meek Mill might be from South Philly, but the rapper was one of the few in America who was all in on the Golden State Warriors to win this year’s NBA Finals. Given the fact the Dubs had won three of the previous four championships — and were playing in the Finals for the fifth-straight time — the belief was that they’d finish off the three-peat against the Toronto Raptors. Well, that was the thought before superstars like Kevin Durant and Klay Thompson went down with injuries, which seemed to open the door for the Raptors to snatch a title away.

While the NBA world was pretty shocked at the outcome of this year’s NBA Finals, Meek Mill might be more pissed than anything. That’s because, back in May, the dude tweeted a challenge to “rich guys in Toronto” to put some cold hard cash on a Warriors-Raptors NBA Finals.

I’m betting whatever on the series if any of y’all rich guys from Toronto believe in y’all team against the warriors!!!!! 🙏🏾🙏🏾🙏🏾🙏🏾

Someone must’ve taken Meek up on his offer, because, shortly after the Raptors upset the Warriors to capture its first championship in franchise history, a friend of Meek Mill’s tweeted out just how much he lost following the NBA Finals outcome — an absurd $200,000. Take a look at the video below, which Meek, surprisingly, doesn’t seem too pissed off in even after losing so much cash.

I know Meek Mill’s got a bunch of money and doesn’t give a damn about losing $200,000 — or at least doesn’t appear to care much — but, shit, that’s a ton of cash, so it’s hard not to think he regrets that bet he made. And, while we’ve seen plenty of people win big on bold bets before, the fact that Meek got burned because of a couple major injuries to guys like Durant and Thompson has to sting a little bit more. I mean, let’s face it, had those dudes been healthy, there’s a good chance the Warriors would’ve won a third-straight title.

But things never go as planned, so, as it stands, Meek Mill’s the one a little lighter in the wallet as some rich guy in Toronto is celebrating with the rest of the country. And this is why I gave up sports gambling long ago, because bad luck like injuries always seemed to doom me.