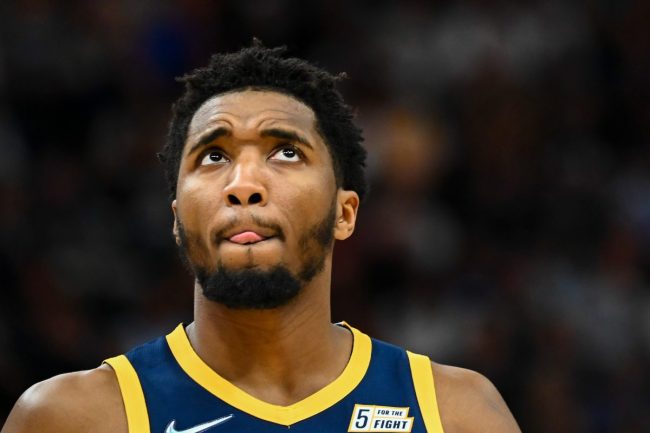 It’s no secret that Donovan Mitchell is a huge New York sports fan. He was born in the Empire State, growing up in the Tri-State area. He’s also a huge baseball fan, having been a two-sport athlete prior to his NBA career.

In fact, Mitchell’s dad once played in the Houston Astros’ farm system and now works for the Mets.

Spida has been seen rooting on those hometown Mets, especially in their Subway Series matchups with the Yankees, and has been invited to take batting practice at Citi Field on numerous occasions.

With all of those ties to the New York organization, it was really no surprise to see the Mets wish Mitchell a happy birthday on social media.

Unfortunately, it came at an awkward time.

Mitchell, who had been tied to a potential trade between the Knicks and Jazz all offseason, was dealt to the Cavaliers just days before the birthday tweet. Many believed a trade to the Knicks to be a done deal, but the Jazz wouldn’t accept the offer.

With New York fans having their hearts broken less than a week before this birthday wish, fans are now trolling the Mets for the untimely post.

Upon seeing the birthday post, many sports fans hopped on social media to give their reactions. They’re trolling the Mets for the awkward timing of the tweet online.

Take a look at the immediate response.

One fan says, “You know he plays for Cleveland, right?”

You know he plays for Cleveland right? 😂

New York fans will be sad a bit longer as they wear away the sting of losing Mitchell to the Cavaliers. Hopefully Spida doesn’t do too much damage to the hometown Knicks as the two squads battle in the Eastern Conference standings next season.