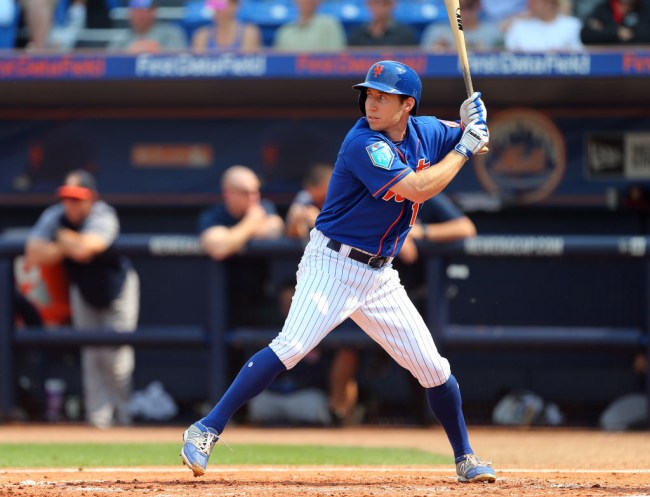 We’ve all heard that ‘life isn’t glamorous in the Minor Leagues’ and that it truly is a grind in the levels below The Show. As a guy that worked for a Double-A team during college and got an inside look into that world, let me tell you, these guys aren’t living the good life.

While a select few cashed in on huge signing bonuses when they were drafted, most of the players are simply chasing a dream, not making near the amount of money most would assume, sleeping on air mattresses in apartments with three roommates and traveling on a bus.

With all that being said, you would at least assume they’d be getting a decent meal more often than not, but that’s not really the case either. Ex-Met Ty Kelly has clearly had enough of how players in the Minors are being treated and shared a photo of quite arguably the saddest lunch you’ve ever seen.

He also called out the Mets and their $57 million spring training facility in St. Lucie. See, the Mets have an A-ball team in St. Lucie, but the organization isn’t letting them use it during the team’s own regular season. The Mets are claiming that it’s a reminder and inspiration for the minor leaguers about what their life could be like if they make it to the Majors.

Actual lunch on the road at MiLB Spring Training. One slice of deli meat and cheese, an apple, a Gogurt, and a Nature Valley bar. When we tried to make salads at our home complex before getting on the bus, we were told it was not allowed because lunch was already provided. pic.twitter.com/KEfTjro3SK

Talk about a slap to the face. These guys are trying to make their mark and get noticed by the big club at Spring Training and they’re having to do so after eating a slice of ham and a Gogurt like they’re in the second grade. According to Kelly, players aren’t even allowed to make a salad for themselves because their ‘lunch’ was already made.

The lack of accommodations in the Minors is beyond wild.