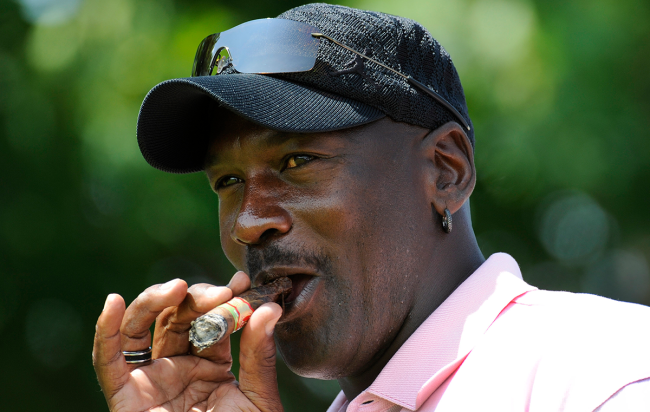 There was basically nothing Michael Jordan didn’t manage to accomplish over the course of his storied career, and based on the number of stories that have emerged highlighting his ruthlessly competitive nature, it seems like his primary mission in life is to constantly dream up opportunities to remind people what a legend he is.

Is it easy to criticize Michael Jordan for being an arrogant and self-centered diva who needs his ego constantly stroked in the same way some sharks have to keep swimming so they don’t die? Yes, but I’d argue he’s earned the right to stunt whenever the spirit moves him; to borrow a phrase from the wise sage Jadakiss: he’s not cocky, he’s confident.

The Last Dance featured a boatload of tales concerning Jordan’s alpha mentality, and the documentary series served as the catalyst for a flood of anecdotes shared by the many, many people His Airness has asserted his dominance over when the opportunity presented itself—like Kevin Garnett, who recently revealed MJ had a member of his crew pull up a video of the rude welcome he gave a 19-year-old KG when they faced off for the first time.

Jordan pulled a similar power move last decade when he got frustrated with the pace of play on the golf courses he frequented in Florida and decided the best solution would be to build one for himself, and at the end of last year, his plan came to fruition when he officially opened The Grove XXIII, the exclusive private club he constructed in Hobe Sound.

It should come as no surprise that the course features some truly absurd amenities, including the drones that are dispatched to deliver beverages to players while they’re roaming the links. However, it appears guests who order a drink at the clubhouse are greeted with a subtle reminder of who they have to thank for the experience thanks to custom ice cubes emblazoned with the Jumpman logo that greet them with every sip.

The ice cubes at MJ’s The Grove XXIII ☠️

(via Jimmy Walker on IG) pic.twitter.com/cZhtN9Dixu

What a truly incredible flex.