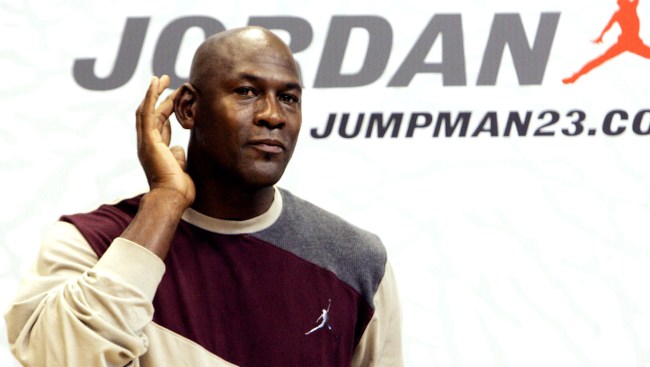 Michael Jordan, the GOAT, has been hearing all of the “next MJ” talk from NBA fans and pundits for several decades now.

It probably all started back around 1987 or 1988 when Jordan was at the height of his powers as an individual player averaging 37.1 and 35.0 points per game in back to back seasons.

As anyone who watched the awesome 10 part docuseries The Last Dance knows, MJ was only just getting started at that point as he still had a little more way to go before winning his first of six NBA championships.

Still, His Airness was putting on displays that even had superstars like Larry Bird saying as early as 1986, “I would never have called him the greatest player I’d ever seen if I didn’t mean it. It’s just God disguised as Michael Jordan.”

MJ dropped 63pts against the Celtics in the playoffs: https://t.co/dABEj2Ex4C pic.twitter.com/1BAZU74J4h

In a deleted scene from The Last Dance, Jordan is being interviewed by the late Stuart Scott for a June 1998 edition of ESPN’s Sunday Conversation, when he was asked about fans referring to players like Kobe Bryant and Tim Duncan as “the next Michael Jordan.”

“It’s not fair, you know, but it’s a standard of measurement,” Jordan replied. “When I came in, (it was) Dr. J. It’s just a standard of measurement to compare to. But there’s never going to be another Michael Jordan. There’s never going to be another Dr. J, Magic Johnson, Larry Bird. Now, there’s gonna be a Kobe Bryant, there’s gonna be a Grant Hill, Anfernee Hardaway. These guys are going to have similar traits, it’s how they manifest those traits to be the best basketball player.”

Jordan continues, “No matter what the league does, in terms of trying to promote, you can’t fool the consumer, you can’t fool the fans. So I mean, the game is going to say, he’s the next, whoever. Your game is going to have to evolve to that label the league is trying to promote you with. It’s a danger to that because the credibility of the game could take a hit.”