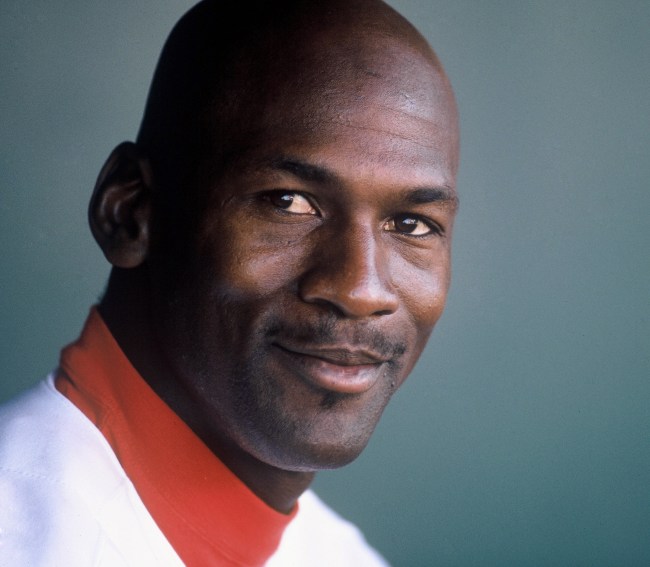 Michael Jordan’s NBA comeback in 1995 after over a year of playing minor league baseball was the biggest news in sports that decade. It was the return of the most popular athlete at that time, who, eventually, picked up where he left off in 1993 and led his Chicago Bulls to three-straight titles from 1996-98. It was MJ adding to his legacy and stamping himself as the greatest of all-time.

While Jordan’s return to the Bulls’ lineup occurred during a 1995 contest against the Indiana Pacers, the idea of MJ’s comeback actually started a few months prior with a random team: The Golden State Warriors. No, seriously

According to a new documentary podcast series from NBC Sports called Sports Uncovered, Michael Jordan sneaked into a Warriors practice in 1994 to try and get the itch to play in the NBA again, while, undoubtedly, weighing his talents on the hardwood against younger players in the league at that time. Jordan even went as far as donning Golden State practice gear — which is just a weird image to even imagine ever happening.

Per NBC Sports, here’s how some of the players involved in that secret practice with Jordan remember things going down that day.

The story was recalled by many who were involved like former Warriors stars Tim Hardaway and Chris Mullin, as well as then-Warriors assistant Rod Higgins. Jordan was in California on vacation when he called Higgins the morning before a practice and asked if he could play.

Higgins said “I don’t think so” before calling head coach Don Nelson. Surprisingly, Nelson loved the idea. So, Jordan arrived, suited up and then went to work.

He actually practiced with the Warriors for several days and, as he did, everyone realized what he was really there for. He wanted to size up Hardaway and Latrell Sprewell, two of the NBA’s best young players at the time, before he made his return to the Bulls.

“What I remember is him walking on the floor having not played [in the NBA in a while], having probably played 36 holes of golf the day before and just dominated,” Mullin said. “He wanted to go up against the best young player that thought he was better than him. And he put that to rest that day, for sure.”

“Once Michael warmed up, you could tell his objective was to kick Spree and Tim’s behind and talk trash to them,” Higgins said. “I think it showed Latrell what greatness is.”

If ever there was a pro athlete who would (and could) successfully do this, it’s Michael Jordan. As The Last Dance showed, MJ was a relentless competitor, so it makes sense that he wanted to test his hoops skills against younger talent like Latrell Sprewell — even if Jordan had been away from basketball for awhile.

The fact that Jordan casually waltzed into a Warriors practice that featured a roster with Sprewell, Chris Mullin and Chris Webber, among others, on it — which actually won 50 games that season — and just pick up where he left off is incredible. While there are tons of stories that remind us why he’s the GOAT, this secret practice with Golden State is one of the best; and something that many fans probably had no idea about until the story recently surfaced.