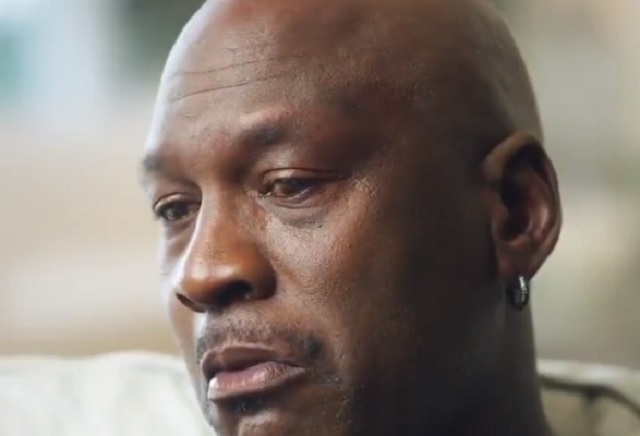 Before the release of the Last Dance, Michael Jordan told director Jason Hehir that he feared the documentary would make him look like a horrible guy because there was a ton of footage of him bullying Scotty Burrell.

Episode 7 was finally the episode that showed Jordan bullying Burrell during the Bulls 98 season.

At the end of the episode of a tearful Jordan delivered a riveting speech on why he was so hard on Burrell and his other teammates.

Look, winning has a price,” . “And leadership has a price. So I pulled people along when they didn’t want to be pulled. I challenged people when they didn’t want to be challenged. And I earned that right because my teammates who came after me didn’t endure all the things that I endured. Once you joined the team, you lived at a certain standard that I played the game. And I wasn’t going to take any less.

”Now, if that means I had to go in there and get in your ass a little bit, then I did that,” he continued. “You ask all my teammates. The one thing about Michael Jordan was he never asked me to do something that he didn’t f***** do.”