Michael Jordan Still A Savage, Takes A Steaming Dump On Warriors Owner Regarding Their 73 Win Season 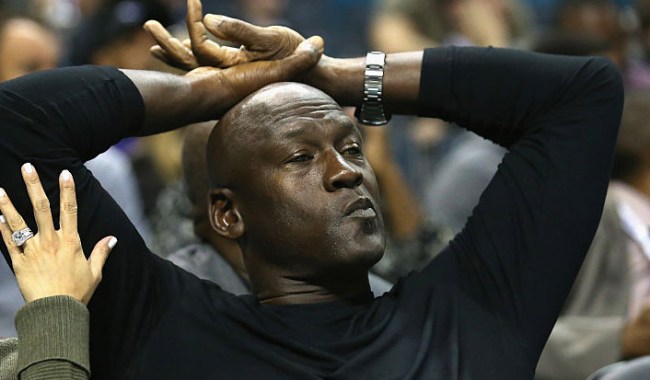 As we have learned repeatedly over the years, even since his retirement from the NBA as a player, no one does trash talk better or more savagely than one Michael Jordan.

This is something Golden State Warriors co-owner Joe Lacob found out personally when he was having dinner with MJ and some other owners one night.

Appearing on 95.7 The Game’s “The Afternoon Delight” with Greg Papa on Tuesday, Lacob told this story…

“On the collective bargaining agreement, I was on the labor committee and I was in New York having a bunch of dinners with Michael Jordan and other owners,” Lacob said, perhaps humble-bragging. “There were six of us. Actually, Dan was one of them, Dan Gilbert. Anyway, Michael Jordan — people are drinking and having a good time and all that, but there was a moment where he said, you know, ’73 don’t mean [blank].’ He did it, Michael Jordan did that. And I looked at him and I just decided not to make a big deal of it. I said, you know, you’re right, we didn’t win it, we had to get better.”

I think the [blank] there would actually be “shit.” So cold.

“I think that was one of the greatest years you could ever have in any sport. So many things went right. If you remember, all of the games that went our way. I mean, just amazing. It was an unbelievable year. When I wear golf, I wear a hat that says 73 on it. It’s sort of my little remembrance of it. Because I know people all say, ‘Oh, well you didn’t win the championship’ — all the talking heads. You know what, we didn’t. But it was still an incredible year and I will never forget it. And we should be very proud of it. And I think as time goes by, there will be more thinking about it. Because I don’t think it’s gonna be replicated very easily.”

Maybe. Maybe not, but as Bulls guard Ron Harper pointed out on t-shirts he gave to his teammates back in 1996, “72-10 don’t mean a thing without the ring.”