So, What’s The Deal With Michael Jordan’s Yellow Eyes? 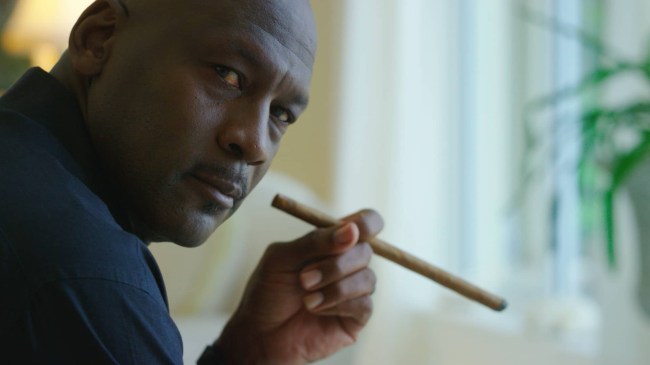 Right when we needed it most, the sports gods delivered a 10-part documentary about perhaps the most omnipresent athlete of the last 50 years, Michael Jordan.

I was born in the year 1993, so while I’m certainly aware of MJ and his otherworldly legacy, I’m not going to sit here and pretend like I idolized him. By the time I started to really become aware of sports, he was already on the Washington Wizards. This is what’s made The Last Dance such a thrill, as I’m seeing — for perhaps the first time — what the truth of Jordan’s career was.

And yet, despite all of that, one of my most prevalent thoughts as I sat slackjawed listening to the GOAT telling a story about having to wake up Dennis Rodman out of a Las Vegas bed as he laid with Carmen Electra was… what’s up with this dude’s eyeballs? The white of Jordan’s eyes, called the “sclera”, aren’t necessarily white at all — they’re yellow.

While Jordan himself has never addressed the yellow hue of his sclera, fans have long speculated that the yellow-ish tint of his eyes is due to a liver issue likely caused by his alcohol consumption (yellow eyes have occasionally been linked to liver disease). Again, this is merely speculation.

Additionally, a condition called a jaundice infection — which happens when the oxygen-carrying components in a one’s blood break down and become a substance known as bilirubin — has been known to make the eyes look yellow. There’s also the possibility that Jordan’s peculiarly ocular shade is simply a result of genes.

Jordan has long been known to be quite the drinker, so of all the likely possibilities, something related to his liver seems most likely. Again, that’s merely all speculation. Considering Jordan is still a relatively young man at just 57-years-old, let’s hope whatever’s causing the yellow-eyed stare is nothing too serious.