The Member List At Michael Jordan’s Golf Club, The Grove XXIII, Could Not Be More Exclusive 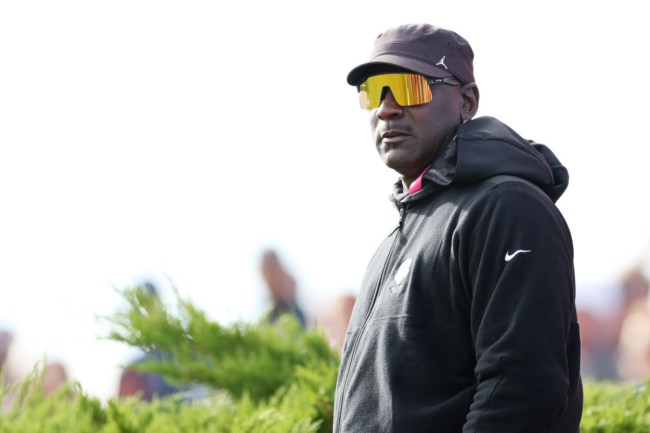 It goes without saying that to be a member at Michael Jordan’s golf club, The Grove XXIII, you have to either be a name among names, wealthy or in most cases, both.

The club, located in Hobe Sound, Florida, hosted a member-member event this week and the list of names taking part in the event looks more like a VIP list headed to the ESPY’s than a group of golfers.

‘The Fried Egg’ podcast shared a screenshot of the teams on Instagram stories. The list was deleted after 24 hours, but you can still check it out below: 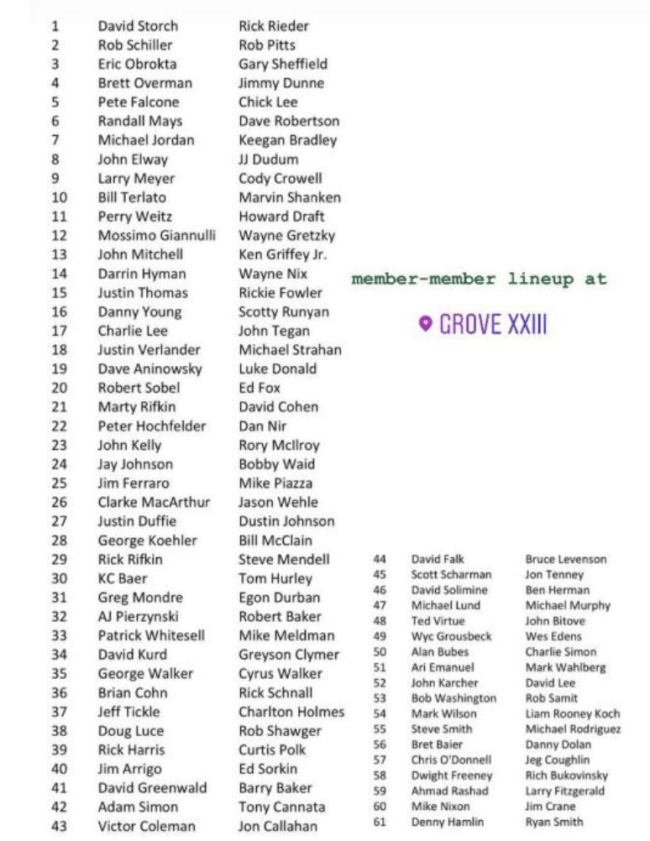 As you can see with just a quick glance, this is quite a group of names.

MJ himself is teeing it up with PGA Tour player Keegan Bradley, who has long been a Jordan ambassador out on Tour. On top of that, you’ve got guys like John Elway, Wayne Gretzky, Ken Griffey Jr., Justin Verlander, Denny Hamlin, and Gary Sheffield teeing it up.

JT and Fowler playing on the same team together seems a bit bold. It would be interesting to see just how many shots they’re having to give back to the field.

The Course Built For MJ

Funny enough, Fowler has talked about how the course favors Jordan’s game, which makes sense seeing as how it’s his golf course. The course even has a nickname, ‘Slaughterhouse 23,’ because MJ is so good out there.

“It’s his golf course, so it’s set up very well for him … It’s almost the shorter you hit it, the wider it is. The tees and pins are done every day, so the golf course basically sets up around him — they can play as long as you want but they set the back tees at roughly, you know, 7,000 to 7,100 (yards) and MJ plays the back tees wherever they set them,” Fowler explained.

It’s safe to say that plenty of drinks were consumed during the event as well, which are delivered via drone at The Grove XXIII.