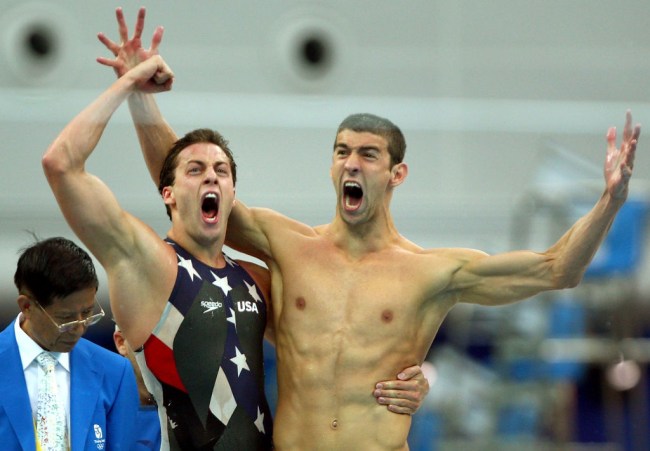 It’s safe to assume that when Americans are asked to remember all-time great Olympic moments, most people’s minds immediately go to the Miracle on Ice in 1980 when the U.S. stunned the Soviets. That moment pretty much stands alone on its own great Olympic moment pedestal, but if you’re like me, the next memory that comes to mind is Michael Phelps dominating the pool during the 2008 Games in Beijing.

Phelps went on to win eight gold medals in Beijing and while each race was appointment viewing, the 4×100 freestyle relay on August 11 holds a very special place.

The French thought they had a shot at knocking off Phelps and the Americans with Alain Bernard saying “The Americans? We’re going to smash them” prior to the race. It looked that way for a majority of the race, things weren’t looking good for the Americans, but then Jason Lezak did the unthinkable and the rest is history.

The casual fan likely just assumed Phelps anchored the race, but he actually led it off while Lezak anchored the team helping shatter the world record and delivering one of the greatest moments in Olympic history. The celebration from Phelps as Lezak pulled it off is etched into the brains of millions of Americans forever.

Related: Michael Phelps Explains His Struggles During Pandemic, Says He’s Screamed Out Loud ‘I Wish I Wasn’t Me’