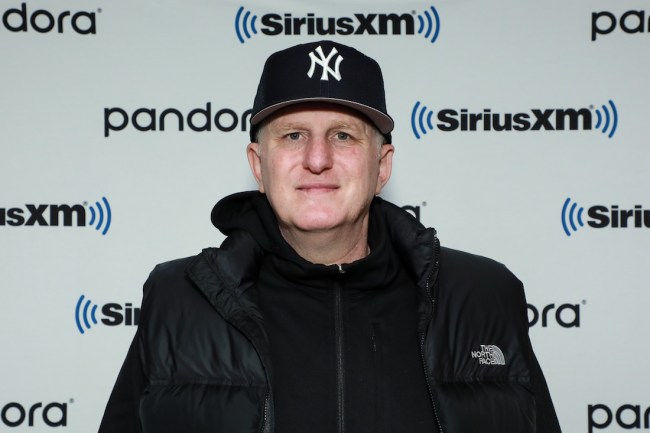 I don’t know who needs to hear this, but Michael Rapaport might be the greatest actor in the history of our generation. OK, I’m obviously lying, but, sheesh, did the entire Internet forget that the actor/comedian actually has a little bit of talent, or did they think he lost all of it because he’s just some B-level guy who most only remember from MTV’s Rock N’ Jock events during the mid-90s?

There’s a very good chance you’ve heard about Rapaport being back in the news recently. There are a few reasons why, but the notable one is because he posted Instagram DMs from Kevin Durant, with the Brooklyn Nets star laying into the 51-year-old actor/comedian, using a whole bunch of inappropriate language that led to a $50,000 fine from the league.

While the whole thing is insane to even think about — like, would any other top-5 athlete not named Kevin Durant even get involved in something like this? — Michael Rapaport has been milking the attention for as much as he can. It’s smart of him, and (most likely) will lead to some sort of projects coming his way because, you know, that’s how showbiz works.

Anyway, Rapaport’s latest attempt to (successfully) grab headlines came on Monday’s Undisputed on FS1, where he actually appeared to cry when talking about the Internet bullying him for the Durant saga. Of course, because he’s, you know, an actor, he willfully ended the video by trolling everybody, reminding everyone he doesn’t care about the reactions from strangers. Take a look below.

I usually stay away from news like this because, well, I could care less about some B-level actor/comedian going to war with one of the best athletes of his generation because said athlete is more insecure than a teenager with an acne problem. But, hey, it’s Monday afternoon and I’m just counting down the minutes until tonight’s championship game in the NCAA Tournament, so this seemed like a solid way to pass some time.

Who knows if Michael Rapaport’s sincere in his apology to Kevin Durant at all? Who knows if the two have already buddied up and moved on? Who knows if it’s some stunt, which, might be conspiracy theory-like, but would anybody really be surprised to hear in a couple months that these two are working together on some project? Probably not.

Either way, kudos to Rapaport for trolling the very trolls who love to, uh, troll him online. Most of us must’ve forgotten he’s made a living acting, so he just reminded us all of his skills today.