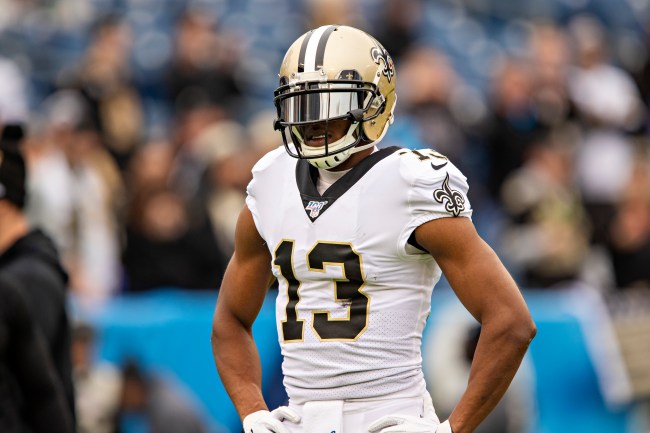 It’s been a rough season for New Orleans Saints wide receiver Michael Thomas, who finally returned to the lineup Sunday night against the Tampa Bay Buccaneers for the first time since Week 1 after injury and some disciplinary action from his incident with teammate Chauncey Gardner-Johnson in practice. Thomas, a two-time First Team All-Pro selection, was reportedly so upset with his team’s response to him punching the defender that his inner circle allegedly asked for a trade prior to the Trade Deadline — which didn’t happen, but did seem to show a divide between the two sides.

Now that the fight is behind him and he’s back to being himself, Thomas said that he’s learned from the experience, has grown up, and is just working on helping the Saints win a Super Bowl this season.

He addressed his practice altercation with teammate C.J. Gardner-Johnson, which resulted in the Saints holding him out of their home game against the Los Angeles Chargers for disciplinary reasons. Thomas reportedly punched Gardner-Johnson.

“My emotions got the best of me in that situation,” Thomas said. “I’ve grown from that, and I’m here to help my team win games and finish the mission: To win a championship.”

And while he did not outright dismiss rumors that either he or his representatives were trying to push the Saints to trade him at the trade deadline, Thomas chose to instead frame the conversation around the future.

“I can’t pay attention to any of that,” Thomas said. “I’m just trying to put my head down, get back and get out there and help my team.

After hauling in 149 balls for 1,725 yards and earning the NFL’s “Offensive Player of the Year Award” in 2019, it’s in the Saints’ best interest to keep their superstar wideout happy, healthy and focused. But it’s hard to imagine Michael Thomas has grown up all that much in the 3.5 weeks since punching a teammate. Sure, he mentioned to reporters how his emotions got the best of him, but what’s stopping it from happening again? Thomas needs to be on his best behavior if the Saints are serious about competing for a championship this year.

Meanwhile, New Orleans still sits atop the NFC South at 6-2 and looks destined for a deep run. To imagine the team has accomplished all that with Thomas in the lineup for just two games speaks volumes to the leadership around the team. Those are the same people who need to remind the 27-year-old to avoid being bated into another incident similar to the one that happened with Chauncey Gardner-Johnson.

Thomas allegedly fought with coaches after punching his teammate — something he’s since denied — but it still looks bad on him and brings negative attention to his team. A focused Thomas is deadly for opposing defenses, so the Saints better hope he’s actually learned something from all of this, is moving on from it and is the changed man he claims to be.