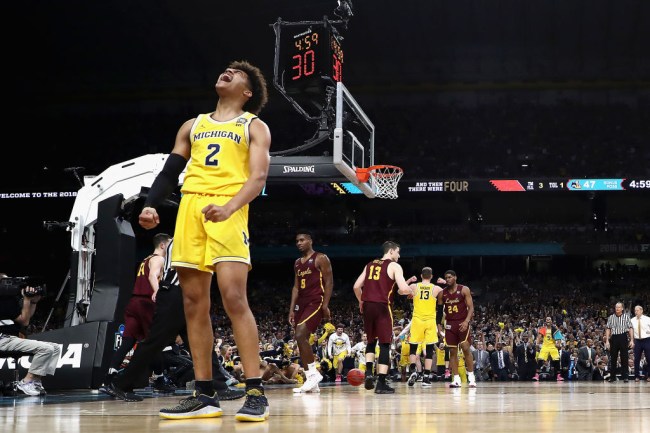 Michigan Alum and Vegas casino CEO, Derek Stevens, had a feeling this Michigan team was special, now he’s one win away from cashing in $1 million from this $25,000 40-1 bet he put in before the tournament.

I like way Michigan is coming together,” Stevens said. “They have really pulled it together at the end of the season. The Big Ten tournament was just great. You could see how Coach (John) Beilein was bringing the team together. I thought when you looked at it this team might have a good run. In the NCAA no matter who it is you have to have a little luck; the way your bracket plays out. If the stars aligned I thought Michigan had a shot this year.”

“I’m re-investing it in building a new casino in downtown Las Vegas,” he said. “I have the Golden Gate Hotel and Casino and I have the D Las Vegas, which a lot of people from Detroit come to watch Tigers or Pistons. I’m in the process of building a third casino.”

Unfortunately for Stevens Michigan is facing the impressive-looking Villanova in the national championship game and will more than likely be big underdogs against the Wildcats.