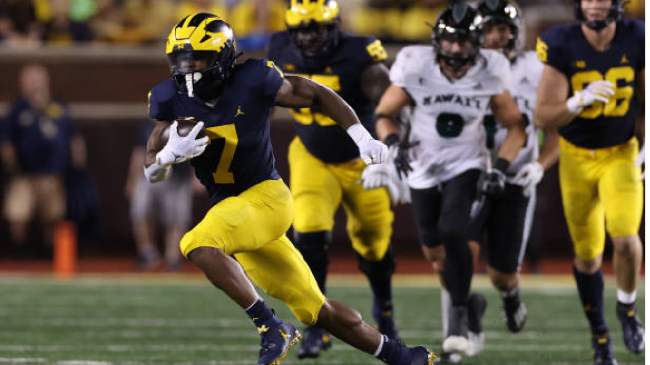 The University of Michigan’s football program has gotten through their first couple weeks of the new season pretty easily.

In Week 1, they hosted Colorado State in a matchup they hosted from start to finish. They won the game by a score of 51-7.

They followed that up with another easy win in Week 2. The second time around, it was Hawaii that they welcomed to Ann Arbor. Hawaii didn’t put up much more of a fight, with Michigan winning 56-10 in Week 2.

With such weak opposition over the first 2 weeks of the season, many football fans would expect to see Michigan host a higher level of competition for their 3rd matchup to improve their strength of schedule and prepare their team for the Big 10 schedule.

That’s not actually the case.

Instead, Michigan will host the UConn Huskies in Week 3. UConn enters the matchup with a 1-2 record and Michigan is currently being favored by 47.5 points.

Now it turns out that all 3 of those opponents have one hilarious shared trait.

Today, CBS Sports’ Tom Fornelli released his college football Bottom 25 and all 3 of these made the list.

The BOTTOM 25 teams in college football 👀
(Via @TomFornelli)

Not only are all 3 on the list, but Hawaii and Colorado State claimed the top spots on the list as college football’s worst teams.

This is something that should absolutely be held against Michigan at the end of the year if they lose a game this season and find themselves on the borderline of the College Football Playoff.

We’ve seen mid-majors with strong wins punished without this many weak matchups on their schedules and we haven’t even gotten around to the fact that they still have conference games against Nebraska and Rutgers.

It’s amazing what you can get away with in scheduling when you open the season in the top 5 and play in a Power 5 conference.