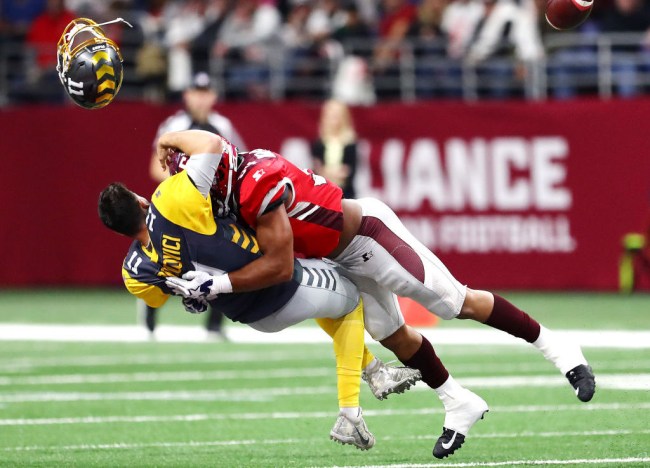 There’s nothing worse than waking up on the Monday after the Super Bowl and having to come to terms with the realization that we’re going to have to wait an eternity before football comes back into our lives.

However, this year, the Alliance of American Football set out to help with our withdrawal after it kicked off play shortly after this year’s fantastically underwhelming Big Game.

The AAF came out of the gate pretty strong as far as television ratings were concerned but it soon became clear that all was not well with the league after it was revealed it needed a $250 million cash infusion in order to stay afloat.

Last week, reports started to swirl that suggested the AAF was in imminent danger of folding and our worst fears were realized on Tuesday when the organization announced it was ceasing all football operations and added insult to injury by making its former players pay for their own flights home.

However, at least one person was able to have a sense of humor about the whole situation.

During the AAF’s inaugural weekend, former Arizona State (and now former San Diego Fleet) quarterback Mike Bercovici was on the receiving end of a vicious hit from Shaan Washington, who sent the QB’s helmet into orbit during a brutal tackle.

Shaan Washington can BRING IT. pic.twitter.com/7VqYNk3DwD

After the AAF announced it was shutting down, Bercovici tweeted out a picture of the hit along with a commemorative caption.

I’m honestly surprised Bercovici has any memories at all based on the severity of the hit but it’s good to know he’s still got jokes.