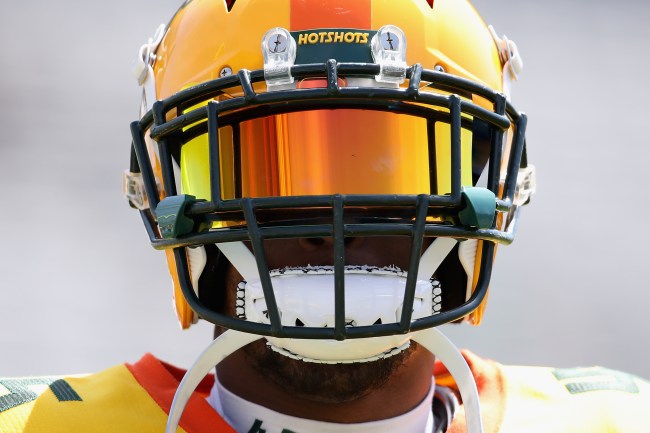 The Alliance of American Football (AAF) has seen its fair share of news since the league first kicked off the weekend following the NFL’s Super Bowl. From reports of possibly missing payroll, to the solid ratings to the excitement of adding a wrinkle to the games with some innovative rules, the AAF has helped fans get their football fix over the NFL’s offseason.

Unfortunately, it might be short-lived, because a new report suggests that the Alliance of American Football is in danger of shutting down if the NFL Players Association doesn’t help the league by providing talent, specifically young players. That’s according to the AAF’s majority owner, Tom Dundon, via Bleacher Report.

Speaking with Kevin Allen and Mike Jones of USA Today, things are so dire for the AAF that Dundon said he’ll be making a decision on the league’s future within the next couple of days, meaning that, by Friday, we may all have a resolution about the future of the Alliance of American Football. Here’s what Dundon added in the USA Today piece.

“If the players union is not going to give us young players, we can’t be a development league,” he said, per Kevin Allen and Mike Jones of USA Today. “We are looking at our options, one of which is discontinuing the league.”

Following the news of the Alliance of American Football in danger of shutting down due to lack of young talent and support from the NFLPA, there were a few reactions on Twitter. Here’s what some people were saying after hearing the latest update on the AAF’s future.

Unbelievable to imagine a business plan hinging on another league’s cooperation. If the AAF hadn’t secured this deal with the NFLPA in advance, evaluations of its viability should have assumed no deal. https://t.co/meHHbJlIvH

Seems like the AAF rushed into something that was going to be incredibly complex and difficult to pull off just to beat Vince McMahon, and is now destined to fail https://t.co/qUJq1HmkXc

The AAF is not in any danger of folding.

They're just trying to leverage for NFLPA cooperation in securing players.

It feels like there should be some sort of compromise, especially with players who are signed to NFL futures contracts, to allow the AAF to become a true developmental league. https://t.co/cCXomC5ynR

Obviously, some think this is a ploy by the Alliance of American Football to leverage some sort of relationship with the NFL and the NFLPA, which would be smart, while others think that the league doomed itself for not having things in order prior to kicking off. We’ll have to see how this all unfolds in the coming days.

It makes sense that the NFLPA doesn’t want to provide young players to the AAF out of concern for injury or overuse, but, like minor league affiliates in MLB, that’s kind of par for the course. With the AAF having already secured a spot with the Dallas Cowboys for its first ever championship game, maybe the league can find a way to work with the big boys in adding talent as well.