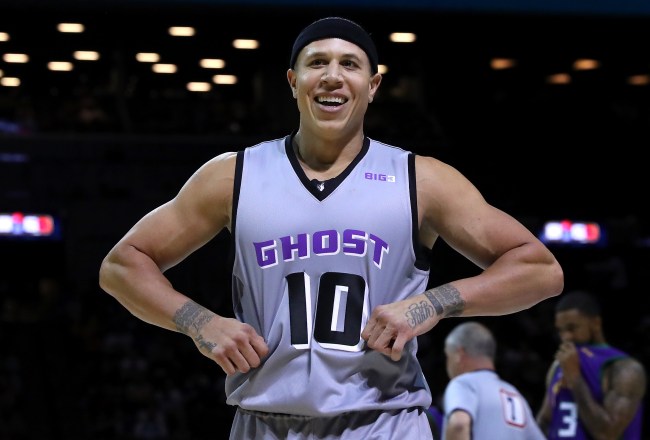 But all that success may come to a screeching halt, as the former Kings guard has come under investigation after allegations of sexual abuse and harassment from a Shadow Mountain teacher.

The teacher was granted a restraining order on February 22 by the Phoenix Municipal Court, which detailed allegations made against Bibby from February 2017.

The teacher alleges in the restraining order that in February 2017 she was walking outside toward her classroom when she spotted Bibby driving on campus. She did not know him personally, she wrote.

He gestured toward her. She walked to the driver’s side of the car as he swung open the door and jumped out.

According to the order, Bibby picked her up “around the hips” and carried her into the driver’s seat, her head on the console and her legs splayed out the open door as he laid on top of her. She smelled alcohol on his breath, she wrote.

He started to rub his body and genitals on her, groping her, she wrote, and he told her, “What I could do to you.”

She slid out from underneath him and moved toward the main doors of one of the school buildings, and he followed, she wrote in the restraining order.

As two staff members looked on, he held her around her waist, hugged her, rubbed his erect penis against her, and made sexually explicit statements, she wrote. She said she tried to push him away.

She wrote that she was “in shock, in fear, intimidated by his actions, afraid of him as he smelled of alcohol.”

The teacher also claimed that Bibby walked past her classroom numerous times, and once walked in uninvited to compliment her on her classroom’s decorations. She then allegedly told Bibby he was “out of line,” to which Bibby responded that he had been drinking all day and she was a “beautiful and nice person.” He then allegedly asked if she was going to tell anyone, and she said “no” because she was thinking of his players.

“I can say with pretty much certainty this alleged incident didn’t happen and that will be shown down the road,” he said. “Michael Bibby did not participate in a sexual assault of any way, shape or form that was alleged by this lady two years ago.”