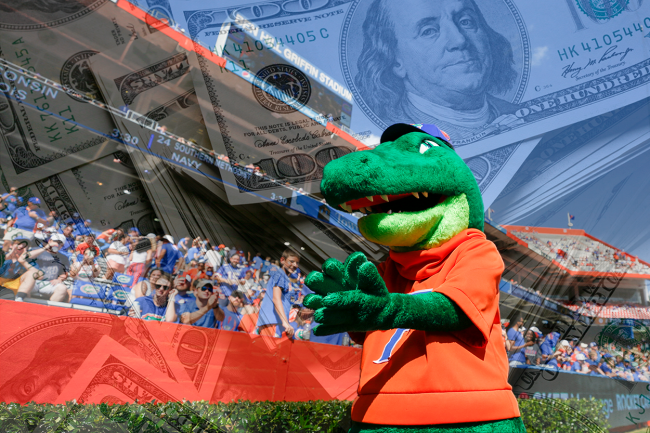 On Sunday afternoon, four-star quarterback Jaden Rashada committed to the University of Miami. Not long thereafter, a report surfaced about how much he may be set to make through Name, Image and Likeness that is causing a lot of controversy.

In the report, it claims that Rashada is set to receive $9.5 million from boosters in Miami. It also said that it was not his highest offer.

According to On3 Sports’ Jeremy Crabtree, Florida’s Gator Collective offered $11 million. But he turned it down.

Rashada is represented by the self-proclaimed ‘Leading Player’s Attorney for NIL,’ Mike Caspino. Although Caspino denies that Rashada signed a deal with Miami’s billionaire booster John Ruiz and did not disclose any financial details, he did tell On3 that his client left millions on the table.

“Jaden left millions on the table,” said Caspino to On3 Sports. “Millions. He did not pick the highest offer. He went there because he loves Miami, the coaches, and the opportunity.”

“Florida is the most dysfunctional collective in all of college football,” Caspino said to On3. “I plan on steering my clients away from them. From my standpoint, I never ever want to deal with them again. If it weren’t for the collective that’s completely dysfunctional at Florida, he probably would have been there.”

He also said that Rashada’s decision did not come down to money. It came down to the best opportunity to win a national championship.

Jaden Rashada is chasing one thing, a National Championship. He views Miami as his best opportunity to achieve this goal. Florida fans please respect this.

The Gator Collective has since denied any communications with Caspino.

Caspino says that is a lie.

He also said that the Gator Collective’s denial is “damage control,” and said that it is run by “inexperienced millennials.”

I understand what the Florida collective is saying. Damage control. I get it. However, the FLA collective is run by inexperienced millennials. I deal with every collective in the country. Serious ventures call for serious leadership.

Caspino also shared which collectives that he believes are the best run. Miami, to which Rashada committed, was included on the list and Florida, obviously, was not.

There are a lot of questions left unanswered with this story as it continues to develop. However, no matter what comes next, Caspino’s scathing comments about the Gator Collective are impossible to spin positively and do not reflect well on the collective.