Mike D’Antoni Is Reuniting With Steve Nash On His Staff In Brooklyn, Per Reports 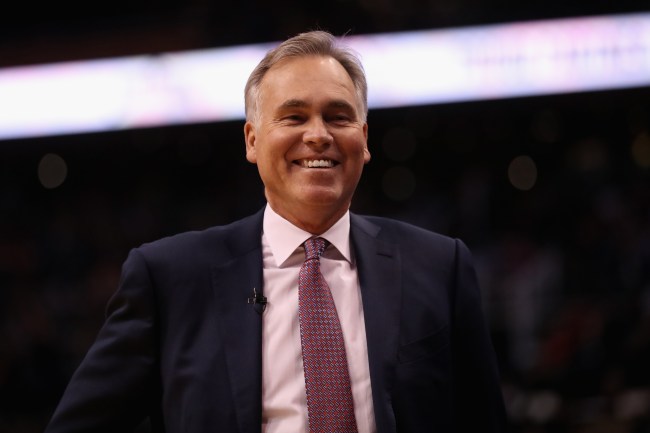 Mike D’Antoni and Ime Udoka are finalizing deals to become assistant coaches under Steve Nash with the Brooklyn Nets, sources tell ESPN. Together, D’Antoni and Nash were the architects of the Seven Seconds or Less Offense with the Phoenix Suns in the mid-2000’s.

When Brooklyn hired Steve Nash as the organization’s next head coach in September, it sent shockwaves throughout the NBA. One of the greatest point guards to ever play was taking over a team that is poised to make a run at an NBA Championship despite having never coached before. To counteract his lack of experience, Nash has assembled a powerful team of assistants to help him take this team to the next level and D’Antoni’s addition on Friday reunites the former Suns point guard with his old head coach from 2003-2008.

While in Phoenix, as Woj suggested, D’Antoni and Nash revolutionized how to run an NBA offense. The “seven seconds or less” system was developed while D’Antoni was playing in Italy, where he became a star after a forgettable NBA career. He didn’t invent the up-tempo offense that is common place across many teams today, but he, with the help of his star guard and Amar’e Stoudemire, helped to popularize the style of play.

The ideology stems from running the court and relying on a large amount of three-point attempts while playing smaller lineups. It’s fairly simple. By spreading players around the floor and running a high pick-and-roll, it creates a 5-on-4 opportunity for the point guard (Nash at the time) to shoot, attack the basket, hit his rolling pickman, or kick the ball out to a spot-up shooter. The mismatches are even more exposed when the tempo is increased.

Phoenix and Nash went 170-76 with the scheme and D’Antoni has since coached with New York, Los Angeles, Philadelphia and Houston. He will join well-regarded San Antonio Spurs assistant Ime Udoka and assistant head coach Jacque Vaughn to round out the key components of the staff.

The Nets have a talented roster that is led by Kyrie Irving, Caris LaVert, DeAndre Jordan, and Joe Harris, and will see the return of one of the NBA’s top-five players in Kevin Durant when he is is fully healthy after recovering from a torn achilles. The lineup is very well-suited to go fast and spread the ball around, and it looks like Nash is wanting to do just that.