Mike Ditka’s Yelling At Clouds Again, Tells Kneeling NFL Players To ‘Get The Hell Out’ Of America 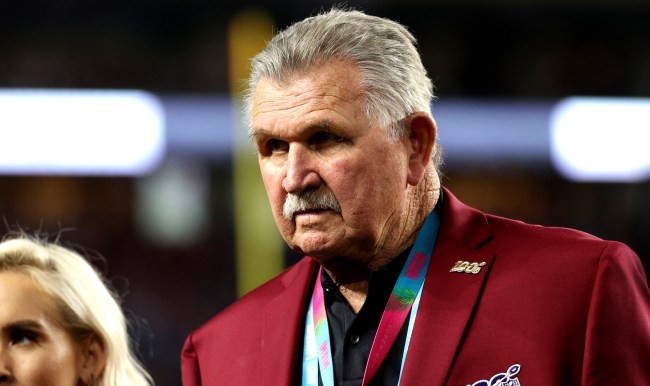 Former Chicago Bears player and coach Mike Ditka is a throwback to an era when men were men, women were oppressed, sex was dirty, the air was clean, and racism was right there in your face.

Yeah, we really don’t miss those days. Although the clean air would be nice to have back.

However, it might explain why the now 80-year-old Hall of Famer is once again selling his stance that NFL players who kneel in protest during the national anthem are automatically anti-American.

Speaking to Newsmax TV’s National Report on Monday, whatever that is, Ditka reiterated his take that “if you can’t respect this country, get the hell out of it.”

“It’s not a complicated thing. You play the game, you enjoy the game, if you don’t like the game, get out of it,” said Ditka.

“You play football, that’s it. You’re privileged, you got a gift from God that you can play the game because you got a body you can do it with.”

“I don’t really understand what you’re protesting. I played the game, I coached the game for a long time, and it makes no sense to me. You ought to get down on your hands and knees and thank God every day that you can make the kind of money that you can make playing football, or playing any sport.”

Ditka also added that if NFL players don’t want to be on the field for the playing of the national anthem then they should “go to another country and play there.”

Really, the only thing missing from the segment was finding out what Ditka’s stance is on whether or not he wants those rotten kids to get off his lawn.