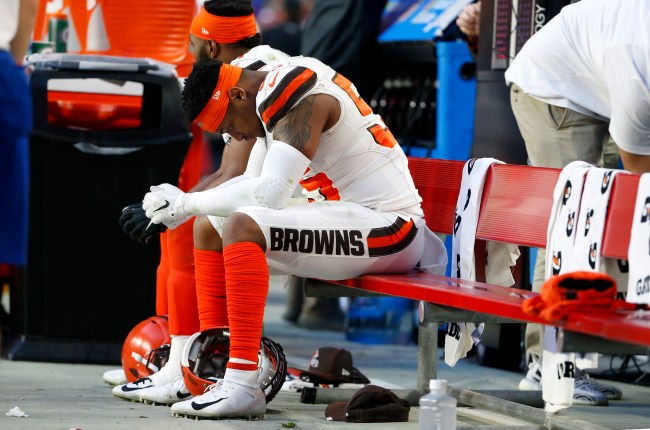 The 2019-2020 Cleveland Browns can most seasonally be compared to the biggest gift under the tree. So much promise. So much craftsmanship. So much hype. Only to find out on Christmas that the most anticipated gift is a fucking crockpot. Thanks, ma! The only thing worse than cooking is cooking for eight hours.

The 6-8 Browns aren’t making their lives any easier off the field either–taking the anti-Patriot Way approach and allowing the media to run with their bullshit.

Take Kareem Hunt for example, who has been with the organization for just six weeks. Following Sunday’s loss to the Cardinals, a frustrated Hunt said: “There were some plays that everybody didn’t leave 110% out there.”

ESPN’s Mike Greenberg has had enough with the pouting Browns. Have a listen.

“This guy’s been on the Browns for like eight minutes, and a team that started with watches, ‘what watch are we wearing?’ And then it went to this, and then it went to that, and now Kareem Hunt is saying ‘you know, I feel like some of the guys weren’t giving 100 [percent.’ This team needs to just shut up! I mean, stop talking for crying out loud. They need an edict in the locker room. The next person who says a word, the kangaroo court is going to fine them whatever the maximum possible is….. This team needs to shut up.”

Meanwhile, Odell Beckham Jr. is reportedly out here telling the Pittsburgh Steelers to “come get me” before one of their games this season.

In the words of Dennis Green, “they are who we thought they were.”