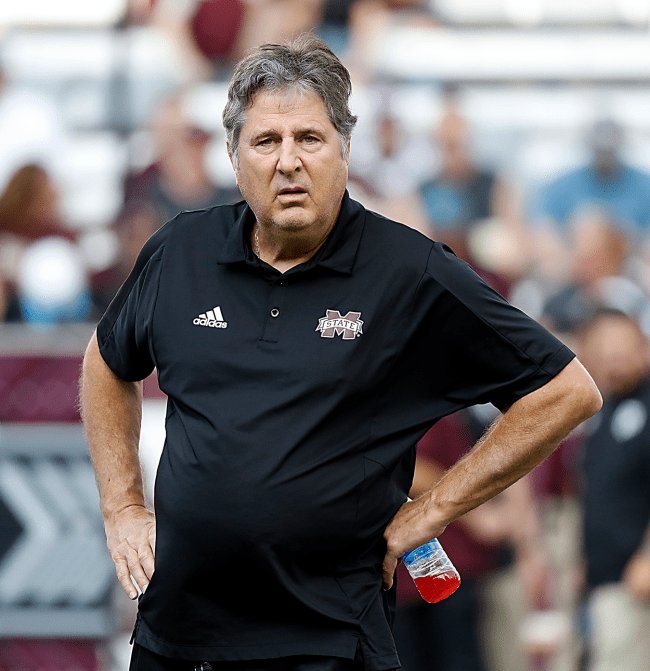 When it comes to college football, or sports in general, there are very few people as entertaining as Mississippi State head coach Mike Leach. Throughout the years, the 60-year-old California-native has been a part of some wild discussions that always lead to a tremendous outcome.

Leach, who graduated with a Bachelor’s degree from Brigham Young, got his Juris Doctor degree at Pepperdine and also has a Master of Science degree. He has read a lot of things about a lot of topics, but obviously, what he knows best is football.

With that being said, he has a lot of opinions about a lot of different topics. One of them is cargo shorts.

Spring football is on the Horizon in Mississippi and Leach took some time to discuss what many consider to be the Swiss Army Knife of shorts. How it came up is unclear, but once it did, the Bulldogs’ head coach went off.

Leach proceeded to go on an extremely well-thought-out rant about cargo shorts that lasted a full two minutes. He said that he loves the pockets because he can stash anything from headphones to loose change to a sandwich inside his shorts.

In addition, Leach spoke about what he considers to be the worst shorts ever. The entire interview is a wild rollercoaster of a journey and we are all the better for it.

Who else loves cargo shorts? pic.twitter.com/AtjRroBbyx