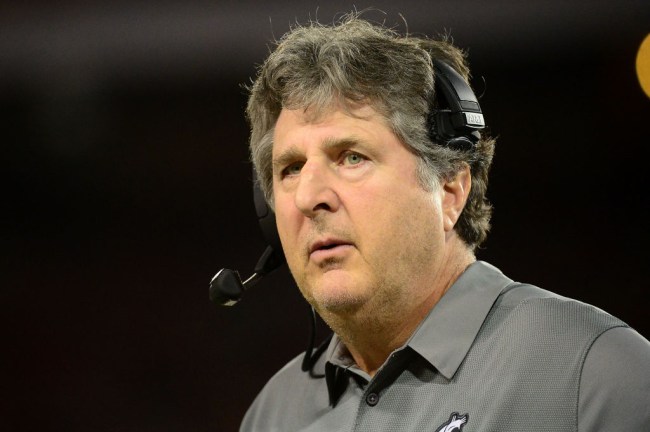 A contingent of 46 college coaches and administrators from all over the state of Mississippi visited Jackson on Thursday afternoon lobbying the state flag to be changed, specifically the confederate emblem to be removed.

This moment marked the first public meeting between the two rival coaches since being hired. It’s no secret that Leach is one of the most outgoing characters in college football with Kiffin not too far behind. You never know what is going to come out of Leach’s mouth and Kiffin has a little bit of that in him as well plus a bit of visible self-confidence.

Leach decided to pull a Leach in an attempt to be funny by pulling down Kiffin’s mask at the event. You can tell in the video that Leach thinks it’s funny while Kiffin may or may not want to give him a love tap across the chin.

Let’s let this serve as a nice little preview to the 2020 Egg Bowl which will take place on Thanksgiving Day at Ole Miss.

The SEC and commissioner Greg Sankey released a statement last week announcing the state of Mississippi will not be allowed to host any conference championships in any sport until it removes the symbol of the Confederacy it opted to add to its state flag almost 30 years after the Civil War ended.

Ole Miss removed the state flag from its campus in 2015 while Mississippi State did the same in 2016.