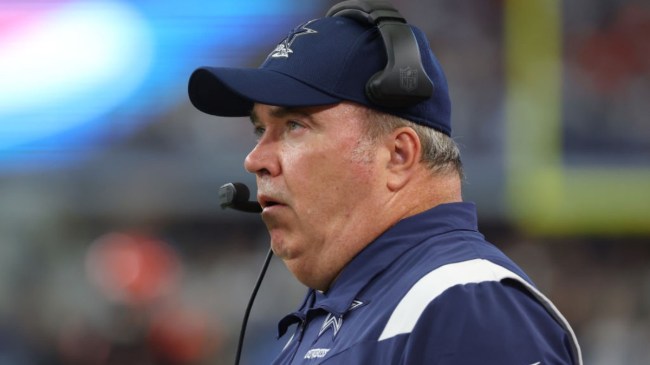 After a brutal Week 1 that saw the Dallas Cowboys only put up 3 points in a home loss to the Tampa Bay Buccaneers and lose Dak Prescott to injury, they got a pleasant surprise in Week 2.

The Cowboys hosted the defending AFC Champion Cincinnati Bengals in a game where many believed they would struggle with Cooper Rush as their starting quarterback. Instead, the Cowboys took the lead early on and never trailed in the game, winning on a last-second field goal.

After the win, fans began asking one inevitable question. Could Cooper Rush remain the starting QB after Dak recovers?

When Jerry Jones was asked about the possibility, he welcomed a quarterback controversy because it would mean that Rush was playing well enough to create a controversy.

Cowboys head coach Mike McCarthy sees things differently. When discussing the quarterback situation today, McCarthy made it clear that Dak Prescott will be the starting quarterback for the Cowboys when he is healthy.

Dak’s job security shouldn’t have ever really been in doubt, but Cooper Rush was a pleasant surprise in Week 2. Rush threw for 235 yards and a touchdown and comfortably led the Cowboys on a game-winning drive down the stretch.

That performance has to make the Cowboys feel confident that another injury to Dak won’t entirely derail their season.

Now Rush has a chance to get an even bigger win for the Cowboys in a trip to East Rutherford to take on the New York Giants in a divisional matchup.