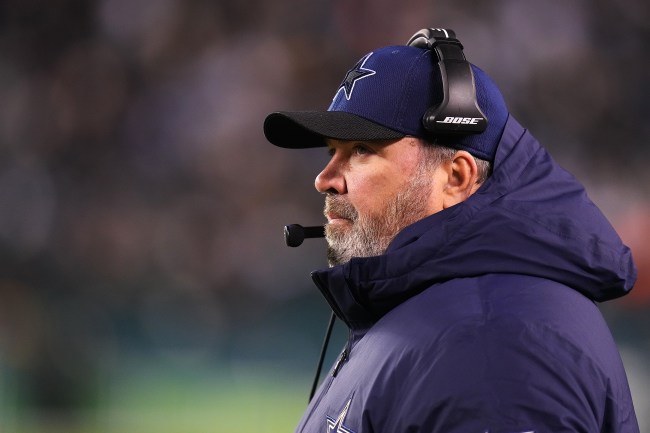 It’s no secret that there is a ton of pressure on the Dallas Cowboys tomorrow. They are a favorite at home against the San Francisco 49ers and will be looking to put years of playoff disappointment behind the franchise. Now it looks like there may be even more pressure on their head coach.

Mike McCarthy’s first season with the Dallas Cowboys was a disappointment, but he seemed to have turned things around this season. It might not be enough for him. According to a report from Jason La Canfora, Mike McCarthy could be replaced if the Cowboys fall short of Jerry Jones’ expectations in the playoffs.

Some who know Jerry Jones well anticipate major changes if this team fails to meet expectations, especially wirh the prospect of losing both coordinators lingering next week https://t.co/sfyuFiH4n5

I’m not sure what Jerry’s expectations are for the team in the playoffs this year, but I doubt a win over the 49ers is enough to save McCarthy’s job if they’re already considering replacing him. Instead, it could take the first to the NFC Championship since the mid-90s for the Cowboys.

It seems timing is more of an issue here for McCarthy than anything else. The Dallas Cowboys’ offensive and defensive coordinators are both top candidates for quite a few head coaching positions around the league.

While the team may be okay with losing Dan Quinn to another team’s head coaching position, they’ll likely have a harder time justifying losing Kellen Moore. If McCarthy can’t prove he’s the coach to deliver the Super Bowl that has evaded them for so long, it might make more sense for them to keep the coach they’ve been grooming for years.

Moore spent a few years a backup quarterback for the Dallas Cowboys during his playing career. They were so impressed by his mind for the game, he became their QB coach the year after his playing career ended. It took just 1 year in that role to become the team’s offensive coordinator.

It has felt for a long time like the Dallas Cowboys have been grooming Kellen Moore and now the time may have come for him to take over their head coaching job at the expense of Mike McCarthy.

With this news out there, Mike McCarthy might take a slime bath to celebrate keeping his job with a Cowboys win tomorrow.