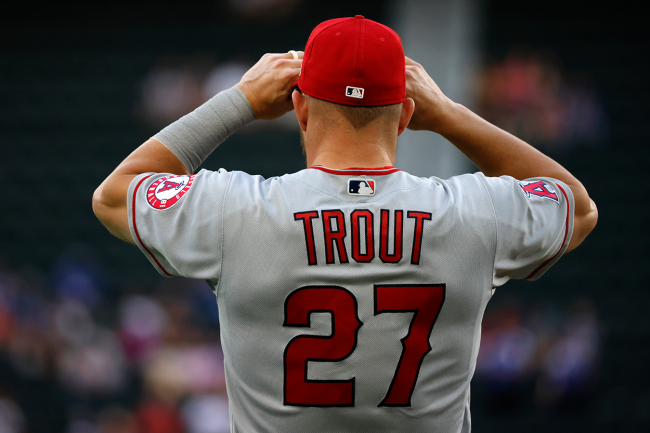 The Los Angeles Angels are intimidated by Corey Seager’s bat to the point that they would rather allow a run than pitch to the shortstop. Mike Trout doesn’t understand.

On Friday night, as the Rangers hosted the Angels, Texas loaded the bases in the bottom of the fourth inning while holding a 3-2 lead with one out. Rather than looking for a double play ball or pitching around the zone, Los Angeles manager Joe Maddon called for a strategic move that has only happened a few times in baseball history.

Maddon told his pitcher to intentionally walk Seager with the bases loaded. The move allowed a run to score and put his team down 2-4.

Let's get wacky on a Friday night!

We got an intentional walk with the bases loaded!!! 🤯 pic.twitter.com/enmXExTi24

Interestingly enough, Maddon called for Hamilton to be walked more than a decade ago, as he did on Friday. He is now responsible for two of the three intentional walks with the bases loaded since 1950.

When the decision to walk Seager was made, Trout’s expression in right field said it all. He was completely baffled and it was priceless.

Mike Trout's reaction to his team intentionally walking in a run lmaooo pic.twitter.com/HBdNPbC3KX

Fortunately for Maddon, the Angels went on to win 9-6, so the intentional walk with the bases loaded didn’t end up mattering.

Maddon explained his decision after the game.

“I thought by walking Seager there, of course, just trying to stay out of a big blow. And also just to stir the group up, quite frankly,” Maddon said. “I walked out there and looked at [Warren]. I said, ‘How about …’ and then he kind of said, ‘Putting him on.’ I said, ‘Yeah, how about putting him on?’ And he kind of smiled. And then the infielders kind of dug it too.”

While the infielders “kind of dug it,” it certainly seemed like Trout did not.