An Emotional Mike Tyson Gives Powerful Interview About Life Without Boxing: ‘I’m Nothing, Sometimes I Feel Like A B*tch’ 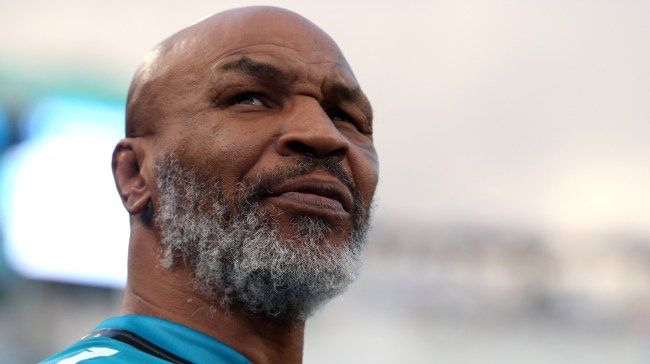 Mike Tyson’s final professional fight happened on June 11, 2005 when the then 38-year-old suffered a TKO from the hands of Kevin McBride. That was nearly 15 years ago, but as Tyson recently explained on the Hotboxin’ podcast with Sugar Ray Leonard, fighting and the art of war is the only thing he’s known and he’s still adjusting to life outside of the ring.

Tyson got rather emotional on the podcast explaining that he was born to be ‘an annihilator’ and how badly he missed the old, fighting Tyson. He also explained that he doesn’t want that old version of himself to come out because he hated that version of himself and that if that person does return, ‘hell will come with him.’

“I know the art of fight, I know the art of war and that’s all I ever studied,” Tyson explained on the podcast. “That’s why they feared me when I was in the ring, I was an annihilator. It’s all I was born for. Now those days are gone it’s empty, I’m nothing. I’m working on the art of humbleness.

That’s the reason I’m crying because I’m not that person no more, and I miss him. Because sometimes I feel like a bitch, because I don’t want that person to come out because if he comes out hell will come with him.”

You can check out the full episode of the podcast below.