The Mike Tyson-Roy Jones Jr. Fight Has Been Postponed According To Reports 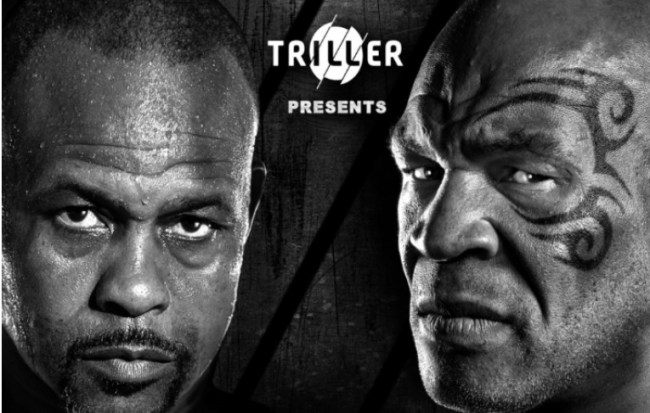 The eight-round exhibition fight between aging boxers Mike Tyson and Roy Jones Jr. which was scheduled to take place on Sept. 12 has been temporarily postponed to Nov. 28, according to The Ring’s Ryan O’Hara and The Athletic’s Mike Coppinger.

The eight-round exhibition between Mike Tyson and Roy Jones has been postponed until November 28th, sources tell @ringmagazine #boxing

The exhibition between Mike Tyson and Roy Jones Jr., scheduled for Sept. 12 in Carson, California, has been postponed, sources tell The Athletic. The new tentative date for the event is Nov. 28

BoxingScene.com is reporting that there will be internal calls taking place on Monday to decide whether to move the event or not in an attempt to generate more revenue due to mainstream attention the fight is getting.

Two sources with knowledge of the situation informed BoxingScene.com that internal conference calls are scheduled for Monday to further discuss the event, including the possibility of moving the event off of its original September 12 date.

Sources closest to the heart of the promotion declined comment on the development or whether the reported 11-week delay is accurate. According to the Ring TV report, the reason for the postponement was due to the belief that a later date could help generate more revenue for the event which has caught massive mainstream attention, even if in circus-like fashion.

We’ll see if moving the fight back two months will end up paying off because there seems to be plenty of hype for the fight as of now.