Mike Tyson Is Officially Back, Will Fight Roy Jones Jr. In A 8-Round Exhibition Boxing Match In September 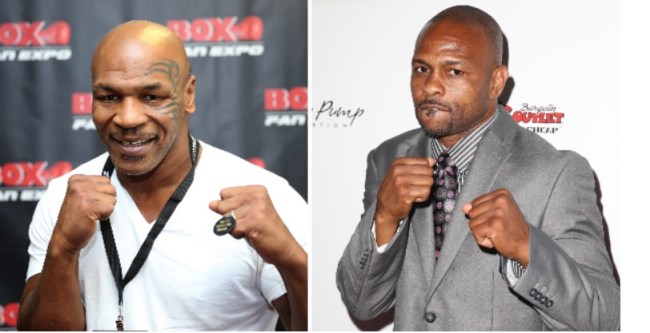 Mike Tyson is officially back.

Big news: @MikeTyson is coming back. He will fight @RealRoyJonesJr in an eight-round exhibition match. Heard there will be boxer vs MMA fighters on undercard. Looks like it will be in Cali. Don't have the date yet.

Andy Foster, the executive director of the California State Athletic Commission, confirmed that Tyson has put a hold on that date. Foster told Yahoo Sports that he met with Tyson and Jones via Zoom recently and that the fight will be an exhibition.

They won’t be wearing headgear, but will be wearing larger than normal gloves. Foster said he believed they’d wear 12 ounce gloves.

Apparently the Jones-Tyson event will be available on PPV and will feature musical performances, several top artists.

“Iron” Mike will take on Roy Jones Jr. on Sept. 12 in an 8-round exhibition being called Frontline Battle — available on Pay-per-view and on the social media platform, Triller.

We’re told the fight will take place in California — and will be sanctioned by the California State Athletic Commission.

The event will include an undercard and live musical performances from top artists — and since Triller is backed by big stars like Snoop, Lil Wayne, Future, The Weeknd, Pitbull, Marshmello and more — the entertainment should be pretty solid!

FYI, Triller is a rapidly growing social media platform that’s gunning to take over the TikTok crowd — and while it’s previously focused on music (including partnerships with major labels) it’s now making a concentrated foray into live events including sports.

Tyson-Jones — again, if it happens — would be on pay per view and streamed on Triller, a music video app, which will (again, allegedly) show a ten-episode docuseries leading up to the fight.

Despite being in their 50s both fighters have stayed in shape and look pretty good in recent workout videos.