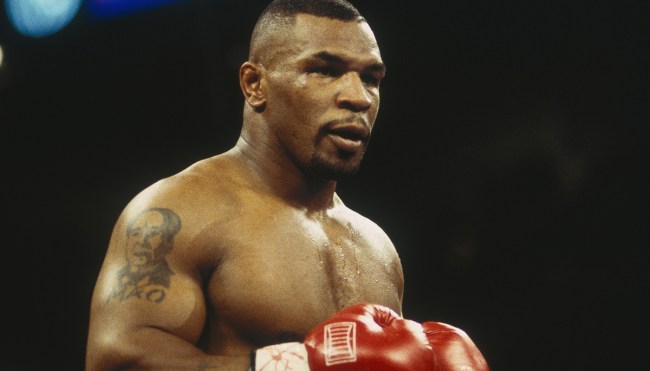 Mike Tyson is possibly the most feared man to ever step into a boxing ring thanks to his ability to brutally dispatch his opponents with ease, and part of the reason he won 44 of the 50 victories he racked up over his career via knockout was because he compensated for his self-admitted lack of stamina by sending his opponents to the canvas as quickly as possible.

Anyone who’s ever played a sport is probably familiar with the adage “practice like you play,” and based on what Tyson’s former bodyguard had to say about his training regimen, the boxer took that philosophy to heart—and had some interesting motivation for doing so.

During a recent conversation with The Sun, Rudy Gonzalez spoke about what it was like protecting a man who really didn’t need that much protection and reflected on how Tyson prepared for fights when he was training in Las Vegas. Gonzalez said the boxer’s team typically blocked out five hours for his sparring sessions, but they were routinely cut short thanks to how Tyson would approach them:

“He would be the nicest guy beforehand asking the sparring partners, ‘How you doing today, how’s the family?’ Then he would just knock out five guys all out so within an hour so there was nobody left.

I saw him punch the heavy bag so hard it broke a few times from the chains and the other boxers would just leave saying, ‘We are not f—king with you today. I do not care how much money you pay me.’

One day, Gonzalez asked Tyson why he harnessed that aggressive approach and received a fairly unexpected response, as his boss replied, “If I keep it going, we will miss Tom and Jerry cartoons.”

I’m certainly in no position to question Tyson’s strategy, and based on how his career panned out, using cartoons for motivation seemed to work out pretty well for him.