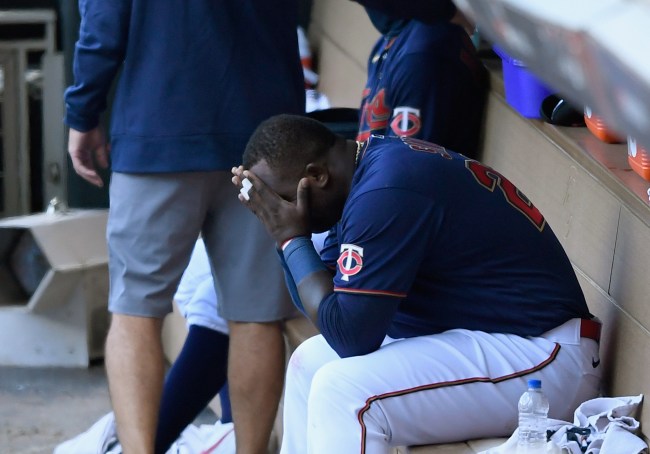 Welp, the Minnesota Twins did it again. No, I’m not referring to the team winning the AL Central Division for the second-straight season, but, instead, (now) losing a record 18th-straight MLB Playoff game, which is surprising AF, embarrassing, and actually kind of impressive — because it takes serious skill to have that bad of luck.

With the Twinkies getting swept at home in their best-of-three opening round series against the Houston Astros, the team’s left on the wrong side of history, with their last postseason win now coming all the way back in 2004 when their ace, Johan Santana, took the bump in Game 1 of the ALDS to beat the New York Yankees 2-0 at old Yankee Stadium — and the next day… it started. My goodness, some of us were literally still in diapers then.

Now, as a Cleveland Indians fan who just watched his team shit the bed on Wednesday night and do everything in their power to lose to the Yanks in this year’s opening round, I don’t have much sympathy for the Minnesota Twins. I mean, sure, 18-straight losses in the MLB Playoffs is pathetic, but my Tribe are working on a streak of 8-straight of their own, so it’s not as if I don’t feel that kind of pain, man. But to imagine Minnesota has more than doubled that is just… well, I’m speechless, actually.

Here’s the even more remarkable thing about that futile streak by the Twins: If a sports bettor had dropped $100 against them and rolled over the winnings in each of those games, right now, that person would have a cool $2.6 million in the bank.

I’ve crunched the numbers … if you started with $100 and faded the Twins EVERY playoff game, rolling your money over, starting back in 2004 when this streak began, you’d have won $2,613,509

(not a joke, I actually went back and found all the moneylines on those games) https://t.co/lq7j9JzVZX

I mean, holy shit! It’s a) wild that Sean Pendergast of SportsRadio 610 actually crunched the numbers on that, but, b) remarkable that that’s how long the Minnesota Twins have just sucked once October baseball comes around. Like, how on earth does every single player in that clubhouse — which has been turned over multiple times in 16 years — sucked in the postseason? It’s incomprehensible, really.

Given the close scores of some of the games that the Twins have been a part of during the 18-game postseason losing streak, I’m sure they’d be open to some of the wild rule changes I wrote about to make the MLB Playoffs even more interesting — particularly the one about aggregate scoring in a three-game series, because it’d at least give them a shot at finally winning in the postseason. Yep, that’s how bad Minnesota has been in the playoffs, that MLB would need to change the damn rules to help them end the pathetic losing streak. Sad.