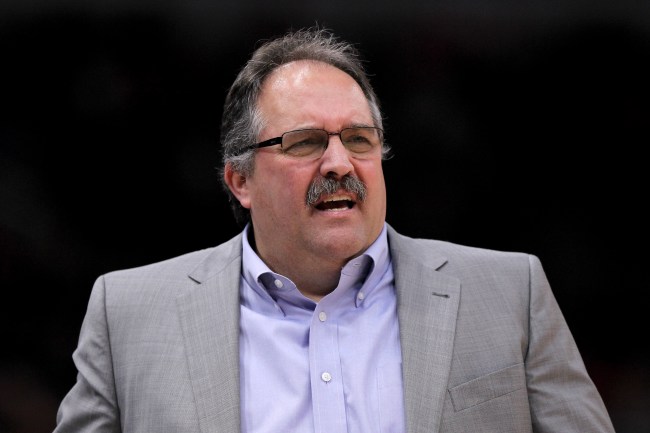 Former NBA head coach Stan Van Gundy sure seemed like he was in a grumpy mood recently, guys, because the dude just went next level in his criticism of the Houston Astros as the AL West team heads into the MLB Playoffs. In fact, Stan Van absolutely ripped the hell out of the ‘stros, pointing out the fact that the team finished with a 29-31 record — and barely sneaked into the postseason — just a few months after it was discovered the organization cheated to win the 2017 World Series.

Taking to Twitter to voice his opinion, Van Gundy pretty much went on a hardcore rant, making fun of Astros All-Star Jose Altuve, dropping some cold hard stats about the team’s offensive struggles and throwing MLB Commissioner Rob Manfred under the bus for not stripping the championship from the franchise even after the cheating report surfaced. Just take a look at Stan’s hardcore hate below.

Baseball is a hard game. Much harder when you aren’t cheating. https://t.co/K4cB0YiKYt

Yeah losing those starting pitchers is why they’re 19th in batting average (.240) and 18th in OPS (.717). Maybe it’s easier to hit when you know what pitch is coming? https://t.co/9c4EdhSiEl

They were still cheating would be my guess https://t.co/IIsxUcNeOM

Damn, guys, I think we all knew Stan Van Gundy was outspoken, but this is some cold-hearted shit. That said, the proof is in the pudding, and the Astros were absolutely pathetic during MLB’s regular season. Still, they’ve given themselves a chance to at least contend for another World Series title by just getting into the tournament, so the only way to silence all the haters (like Van Gundy) is to go out and win a title without any hint of cheating. But with ace Justin Verlander sidelined and no sign of confidence in the clubhouse entering the playoffs, one wouldn’t imagine that’ll happen.

I always find it hilarious when guys like Stan Van Gundy step outside their primary sport — in his case, pro hoops — and trash players or teams in other sports. It shows they’re human, and that, like all of us, think the Astros’ cheating scandal was a complete crock of shit that they got away with. So kudos to you, Stan Van, because, as the kids say, you’re keeping things 100, and, like you, every sports fan wishes for the demise of the Astros this postseason.