Robot Umpires Are Coming To The Minor Leagues, Marking The First Step Toward Ruining Baseball 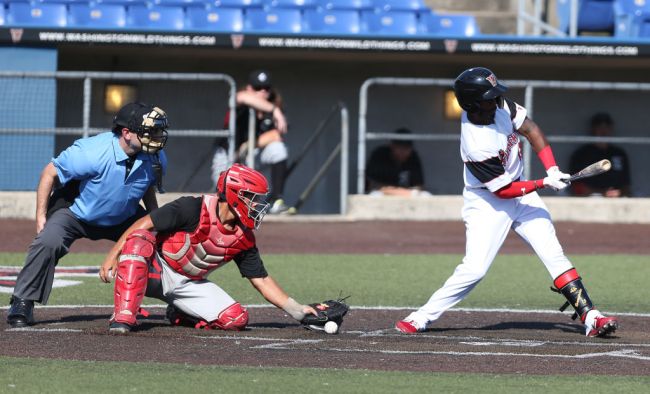 Major League Baseball is taking a big step in the wrong direction. The league announced its plans to use computer umpires in eight of nine ballparks at the Low-A Southeast league this season and will call games with Automated Ball-Strike (ABS) technology. While it is a long way away from being used in the Majors, it’s a move that could set the wrong standard for the future.

“It’s hard to handicap if, when or how it might be employed at the major league level, because it is a pretty substantial difference from the way the game is called today,” said Chris Marinak, MLB’s chief operations and strategy officer. “The goal here is really to focus on demonstrating system reliability and to start to get more athlete feedback from more players, coaches and umpires. The technology is really in pretty good shape.”

“We have a significant amount of accuracy in this new system, I think slightly plus or minus 0.1 inches,” Marinak said. “The technology has really matured and gotten to the point where it’s ready to go. The delay in terms of the next step in terms of trying to implement the automated-ball strike system is really getting the players to understand how it works and try to get feedback on the shape and the design of the zone and other sort of behind the scenes features about how the system is sort of structured and communicated with players.”

That is all fine and well. There is not an argument to be made against the perfect strike zone. In an ideal world, a ball is a ball and a strike is a strike. Black and white without grey.

However, just because the ball barely clips the zone — top, bottom, inside or out — does not always mean that it should be a called strike. On the flip side of things, a breaking pitch that falls outside the zone shouldn’t always be called a ball. We’ve already seen complaints in that area during its limited usage.

The independent Atlantic League became the first professional league in the United States to have a computer call balls and strikes at its All-Star Game in July of 2019. It also used the ABS system in a limited capacity during the second half of that season. A few months later, the Arizona Fall League used the technology as well.

Most of the feedback fell more in-line with discomfort, rather than negativity, but the majority of complaints came with pitches that move. Jacob Heyward’s strike three call and eventual ejection is the perfect example.

Heyward’s frustration was understandable, given the location of the pitch. But the problem was this: the umpire was just the messenger. The computer makes a nearly instantaneous decision, sending a signal to the human home plate umpire, who then makes the call.

In addition to the breaking ball concerns, the ABS eliminates the variation in batting stance. Can you imagine if Jeff Bagwell was called on his actual height, rather than his height while at the dish?

On top of it all, computer umpires removes the human error. Again, there isn’t an argument against removing mistakes from baseball, but the game changes entirely without both the good and bad of human error. It takes away a fairly significant portion of the sport, not to mention the impact it has on framing pitches and a catcher’s job description.

The MLB plans to use the ABS in not only Low-A ball, but also in the Atlantic League, which is now a partner to the Major Leagues. It doesn’t look like robot umps are in the immediate future for anything beyond the minors, but it’s slowly trending in that direction. Bummer.