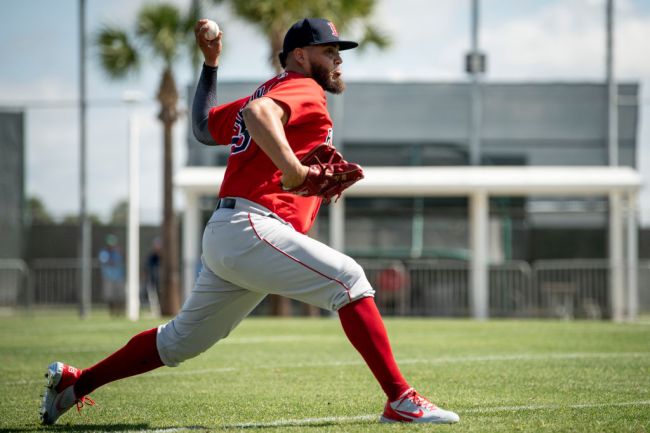 The rise of the Savannah Bananas has allowed baseball fans to become accustomed to some unusual things. There have been flaming bats. We’ve seen a 75-year old former Red Sox pitcher strike out a batter. We’ve seen fans catching foul balls for outs. There has been a pitcher on stilts.

Now we’ve seen another unusual event in minor league baseball. In a Triple-A game today between the Lehigh Valley IronPigs and Worcester Red Sox, we saw something you don’t see everyday in baseball.

Red Sox starting pitcher Darwinzon Hernandez struck out all 3 batters he faced in the 2nd inning while only throwing 8 pitches.

To make this occurrence even more unusual, one of those 8 pitches was actually called a ball.

Unfortunately, he wasn’t eligible for the win in this game because he was pulled before he had pitched 5 innings. That left the man who relieved him, Kyle Hart, to collect the win after throwing 4 scoreless innings of his own.

The Red Sox blew out the IronPigs from start to finish after scoring 9 runs in the first 3 innings en route to a 13-1 win. The win moved them to 9-2 to start the season.