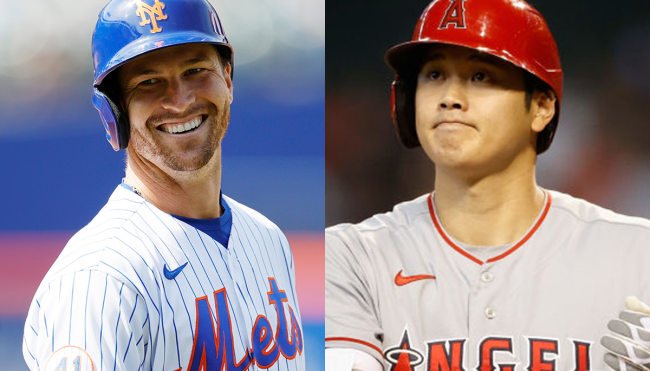 Mike Trout was the overwhelming favorite to walk away with the American League’s MVP award heading into the 2021 MLB season. However, it’s safe to say he’s been slightly upstaged by teammate Shohei Ohtani, the dual-threat who I’d argue would still deserve to take home the trophy at the end of the year even if he didn’t play another game based on the historically absurd season he’s had so far.

New York Mets pitcher Jacob deGrom was also a longshot candidate compared to National League frontrunner Mookie Betts, but he’s skyrocketed to the top of the list by posting a truly insane 1.05 ERA over the course of the 15 games he’s started to date.

However, there were at least three guys who thought each player had enough potential to pool together $467.20 for a parlay prior to Opening Day in the hopes of winning almost $500,000—which seems like a very real possibility based on the current state of affairs.

3 friends went in on this ticket. They could sell it for $190K on @PropSwap right now.

What would you do?

Darren Rovell spoke to the trio in an interview for Action Network in which the childhood buddies revealed they were initially planning to bet on the duo to each take home a Cy Young. However, after taking a look at the underwhelming odds, they shifted their focus to the MVP race, where Ohtani was listed at 20-1 and deGrom was sitting at 50-1 on FanDuel.

They were willing to throw down $1,000 in the hopes of netting a $1,000,000 payday, but the sportsbook limited them to the unconventional amount they ultimately put on the line. Now, both players are listed as favorites, and if voters agree they deserve the award when the season wraps up, the bettors will walk away with a cool $499,904.