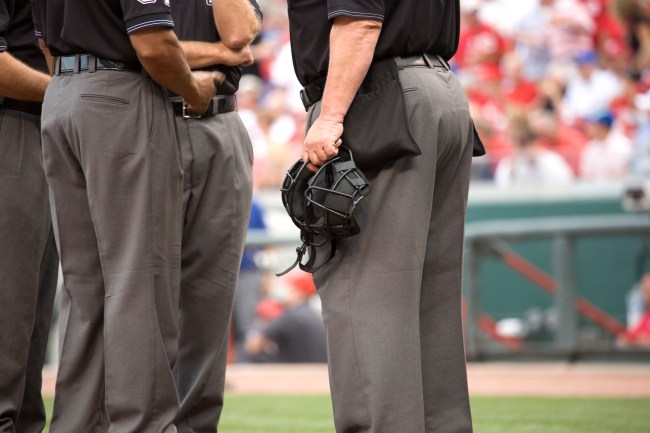 Aside from the league’s All-Stars, MLB players have the luxury of not being super recognizable on the street. When they are on the field they’re wearing a hat and an ill-fitting uniform. The pitchers get plenty of screen time but the position players really only have their faces shown when they’re at bat.

This means that MLB athletes have the ability to hide in plain sight when they’re traveling on the road for 81 games a year. But they are athletes and there’s nothing that strangers love more than asking a tall guy who’s in shape what he does for a living because people DGAF about privacy and they want to tell their friends they’ve met someone famous.

A lot of MLB players get around this by feeding strangers a fake job. ‘What do you do for a living?’ … ‘Me? I sell rare pogs and slammers on the Internet.’ Shit like that.

ESPN’s Eddie Matz caught up with a bunch of MLB players to ask them what fake jobs they tell fans/strangers on the street when they’re asked what they do for a living and the responses are pretty spectacular, ranging from ‘blimp folder’ to ‘guy who makes football pylons’. Here are a few of the best responses:

Kevin Gausman, Atlanta Braves: I’m a blimp folder. I just fly around with the pilot and make sure to type in the right things. Sometimes we’ll have football games, and you have to type in “Go Patriots” or “There’s free Bud Light after the game,” and then we land, and we deflate the blimp, and I start folding. It takes a long time. Usually a couple of hours, but I try to get it done pretty quick. People always assume that someone’s telling the truth, especially when they first meet you and ask what you do. They don’t think that you’re lying. So a lot of people just go with it. They don’t think of the fact that there’s no way a blimp ever gets folded. I guess people just aren’t that smart. (via)

Blimp folder is the best response. It doesn’t get better than that. The others are good and I guess there’s a chance you’ll like them more, but for me, ‘blimp folder’ is the best trolling of fans there is. Here are a few other responses that are great:

Patrick Corbin, Washington Nationals: When I was with the Diamondbacks, a good one was an air-conditioning company called Air-izona. We were in business selling air conditioners. T.J. McFarland does a good job with that. We would just let him take off with it and see what happens. Once, we went to the hotel in Pittsburgh, and we all had our jumpsuits on, and he said we were a professional cornhole team. That was pretty strange because there were about 60 of us walking in, and only two people can play cornhole at a time. But the lady didn’t pick up on it. She didn’t believe there was professional cornhole, but we convinced her there was. It has been on ESPN before, so I’m guessing that’s professional. (via)

There are a few others like ‘financial advisor’ and ‘construction worker’ from guys who know a thing or two about those fields but that all seems boring AF. If you’re going to lie to a stranger for fun you might as well dig in deep, right?

Corey Dickerson, Pittsburgh Pirates: Where I’m from, in Mississippi, a lot of guys are in the oil field. So I tell them I’m an E-line operator that runs explosives. That’s what my brother does. He started at a young age and worked his way up from deckhand to supervisor to E-line operator, out on the water in the Gulf. When they close down a drill, they run explosives down the pipe and basically blow it up. I guess you don’t want a standing drill pipe. Instead of it being stuck in the ground and you can’t get the rest of it out, they blow it up and disconnect it. (via)

That actually sounds like a pretty badass job. Getting to work with explosives on a daily basis has to be awesome.

Zack Britton, New York Yankees: I was out with my cousin one time and got to talking to some people, and inevitably someone asked what we do. We just didn’t feel like bringing up the whole baseball thing, so my cousin told him that we were football pylon manufacturers. First, he was like, “What’s that?” There happened to be a football game on, so we’re like, “See the thing at the goal line? Those are pylons.” He was like, “What? That’s a business?” There can’t be that much to know about manufacturing football pylons, right? We kind of just rolled with it, and the guy lost interest immediately. It’s not a conversation starter — it’s a conversation ender. And that’s kind of the whole point. (via)

You can check out the rest of the responses over here on ESPN’s article to see what guys like Justin Upton had to say.

I’m sitting here wondering how many people have lied to me in the past when I’ve been traveling, met strangers, and asked them what they do for a living.