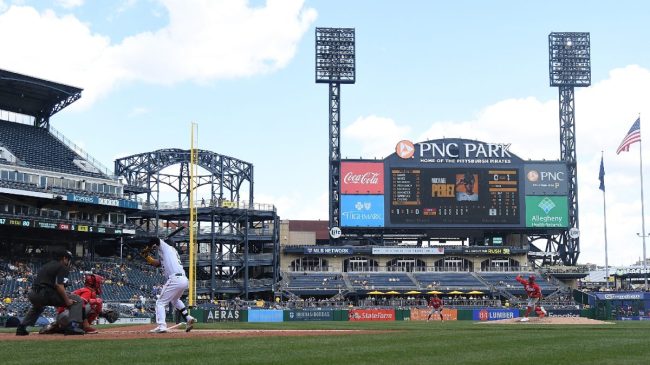 The Reds just can’t catch a break this season.

After getting off to an absolutely brutal start to the season, it seemed that things were beginning to turn around. Then, Sunday happened.

Let’s start at the beginning.

Cincinnati started the season just 3-22 through 25 games, on pace to post one of the worst records in Major League Baseball history. At one point, the team lost 11 straight games, failing to even gain a lead for 99 consecutive innings.

But through the start of the second month of the year, it appeared that the Reds were seeing some positive change.

Over their last eight contests prior to Sunday, the Reds were 6-2. At 9-25, they were slowly catching up to the fourth place Cubs in the NL Central.

On Sunday afternoon, however, they came crashing back to reality.

The Reds wasted a stellar outing from starting pitcher Hunter Greene. Greene threw 7.1 hitless inning of ball, striking out nine batters. Unfortunately, he put five runners on with walks. In the eighth inning, one of those runners would cross the plate on a groundout.

That would be the only run of the game, for either team.

The Cincinnati Reds pitching staff completed an eight inning no-hitter but they still managed to lose the game. And the reaction on social media is ridiculous.

Cincinnati Reds lose a no-hitter against the Pirates

The @Pirates beat the Reds after getting no-hit over 8 innings! 😱 pic.twitter.com/YumMXPZnuy

The Reds just no-hit the Pirates.

The Reds completed the Blow-No! 🍾😔

The Reds just pitched a no-hitter and lost 1-0

It’s just the sixth time since 1901 that a team has thrown a no-hitter and still lost. A fitting moment for a team that’s on a crash course to be one of the worst in league history.

If you’re the Pirates, it’s certainly nothing to celebrate, but hey, at least they got out with a win. For Cincy, it continues an already forgettable year.