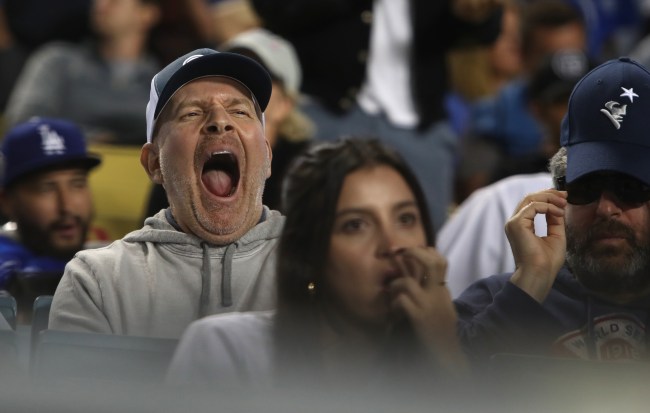 As the MLB season tries to figure itself out — with owners and the league now anticipating a 60-game season, should players agree to a few stipulations — we can hopefully expect an abbreviated version to close out summer and the fall. Given the fact sports fans haven’t had many live events in a long time, that should be good news, because, whether you’re a baseball fan or not, we could all use a good distraction from this ongoing pandemic.

Whenever the MLB season does decide to start, there’s some good news for baseball fans: extra inning games will no longer be the snooze fest we’ve all come to know them as. That’s because, according to Jon Heyman of the MLB Network, the league will be adopting the minor league format for extra innings, meaning any game beyond 10 innings will start with a runner on second base, which should make it easier for teams to score runs.

Also this year the MLB plan is to use the Minor League rule with the runner on second to expedite extra-inning games ending, since the spring will be short, the schedule will be tight and there’s a desire to avoid 15-inning games and longer.

It’s about time MLB got with the program and tried to shorten games. I mean, sheesh, how many of us have been at a ballpark on a cold night where both teams can’t buy a run and it lasts into 15 or 16 innings? The word brutal just doesn’t do that experience justice.

Another rule change that this abbreviated MLB season is expected to see is the universal designated hitter, with owners hoping that avoiding the National League using pitchers as batters will help keep players healthy. It could also help score more runs and speed up games — which is obviously a point of emphasis given the reduced schedule of games.

Word is owners are indeed ready to allow the universal DH this season for preserving player health but not in 2021. That assumes the sides sign off on all health/safety protocols.

Who knows what the MLB season will actually look like — because there are still some things players and owners need to agree upon before the first pitch is actually thrown — but at least Commissioner Rob Manfred is starting to think a little more progressively when it comes to the product on the field. Whether it’s shortening games to help preserve players from all the wear and tear their bodies will go through during a condensed season, or hoping that extra innings won’t go on for hours so that both players and fans avoid boredom, the updates are more than a welcome change.

Baseball has needed a facelift for decades, so trying a few new things out during a shortened season is probably the best way to test things out. Here’s to hoping they stick around for longer than just 60 games, too.