MLB Rejected The Latest Players Association Proposal Of An 114 Game Season, Will Not Submit A Counter 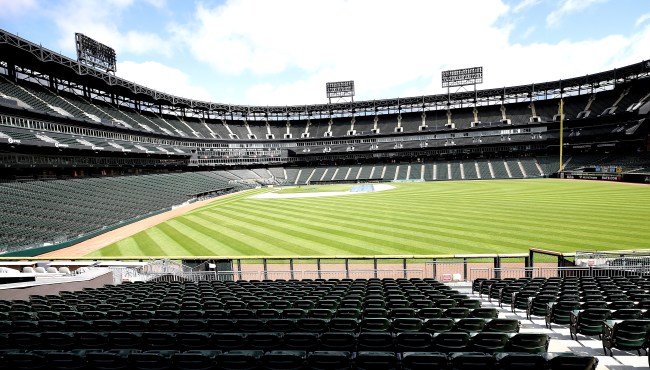 That proposal was roundly criticized by numerous players including Trevor Bauer, Max Scherzer, and others, causing one MLB agent to tell Ken Rosenthal of The Athletic that the players were “livid.”

“I have never seen a collective response like I’m seeing today from the players,” the agent told Rosenthal.

On Wednesday, the league rejected a proposal submitted by the MLBPA which would have seen MLB hold a 114 game season and told the union it would not not be submitting a counter-proposal, according to Rosenthal.

The union, after agreeing to prorated salaries in March, remains steadfast that its members will not accept a second pay cut and does not plan to negotiate against itself.

MLB is entertaining playing a season as short as 50 games. A scenario exists in which players would earn more total dollars playing 80 or so games at a per-game discount than 50 or so at full price. The league has not proposed such a scenario – the idea, for now, is hypothetical. But the math for this year’s pay is not the only factor for players.

The union wants MLB to honor the terms outlined by the March agreement, and might be willing to sacrifice short-term financial gain in order to establish what it believes to be long-term negotiating strength. Last week, the PA rejected the owners’ proposal of a tiered salary structure that would have resulted, by the union’s estimate, in an additional reduction in total dollars of more than 30 percent.

If the parties are to reach a new agreement, they will need to act quickly to play a season as long as 82 games, starting around July 4. While no hard deadline exists for a deal, the players likely will need a minimum of a month to report to camps and participate in preseason workouts before the season can begin.

It has been reported that some MLB owners would prefer to just skip the 2020 completely, but at most would be willing to accept a season in the 50 to 60 game range. Meanwhile, players say they will not return for anything less than half a season, 81 games.

Are there really some #MLB owners who would prefer there not be a 2020 season?

You won't believe what @JeffPassan told us on this issue: pic.twitter.com/QjZRAHSLcZ

Interestingly enough, with the players wanting to play 114 games, and the owners looking at 50 games, if you add those two numbers together and dived them in half you get 82 games – or one game more than the minimum the players would be willing to play.

Yeah, that’s not going to happen. It’d be too logical and this is Major League Baseball we’re talking about here.