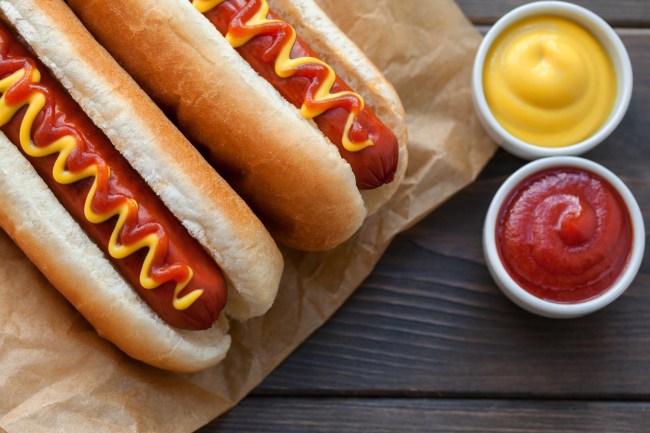 There are very few things that go together better than baseball and a hot dog. It’s the quintessential American experience.

However, if you over do it, it looks miserable.

Earlier this week, one legend decided to put his stomach to the test. He was successful in his journey, but it was painful.

Jack Shaw, a passionate Kansas City Royals fan, was in attendance at Wednesday’s game against the Tigers. While the actual baseball itself may have drawn most other fans to Kauffman Stadium, that was not necessarily the case for Shaw.

He came with a mission. It was Dollar Hot Dog Night and he came with an empty stomach, ready to take on a feast for the ages.

Over the course of nine innings, Shaw set out to eat one hot dog during every half inning. That makes 18 dogs over nine innings.

And to make things more difficult — although he did not know going into the evening — the pace of play was wicked fast for the MLB. Kansas City played to a 5-2 win over Detroit in just two hours and 44 minutes.

Did Shaw get the job done? Did he eat 18 hot dogs in just under three hours at a pace of about one hot dog per nine minutes?

He documented the stomach ache-inducing quest on TikTok and the result is exactly what you expect. He was in pretty significant pain by the time the final out was recorded.

I neverwant another hotdog again in my life. #fyp #royals #PrimeDayDreamDeals #hotdog

P.S. — a Hot Dog is absolute NOT a sandwich, here is the case for why not!