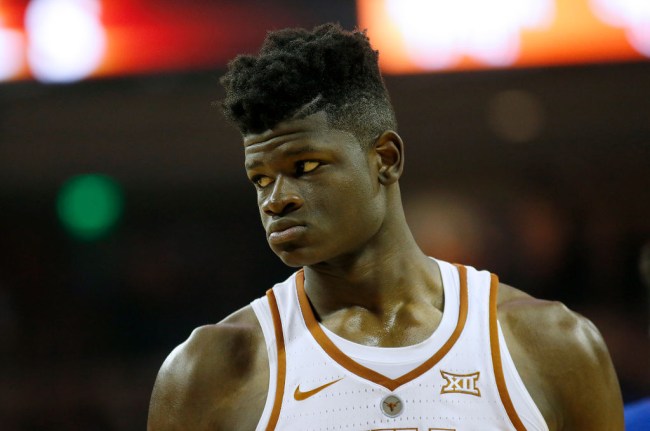 The Memphis Grizzlies should probably avoid drafting Mo Bamba because he really doesn’t want to play there. According to ESPN’s Jonathan Givony, Bamba has refused to work out for the Grizzlies who are drafting fourth in this week’s NBA draft.

Mo Bamba has refused to come to work out for Memphis, refused to share his medicals, and has told them openly he would prefer not to be in Memphis.”

Bamba is currently considered a top 5 pick and has looked impressive showing off his new and improved jump shot in workouts.

At Texas, Bamba would cock the ball behind his right shoulder and launch 3-pointers with somewhat of a slingshot motion, often jumping way forward on his attempts, leading him to covert only 14 of the 51 he tried last season (27.5 percent)

My mechanics are so much better,” Bamba said at a recent workout. “My landings are softer. I lowered my [shooting] pocket. I’ve got my elbow out. The ball is coming off my two guide fingers. It looks really smooth. I’m also shooting it a lot quicker. At Texas I was getting my shot off in 0.93 seconds, and now I’m getting it off in 0.72.”.

Can’t really blame Mamba for not wanting to play for the Grizzlies considering the team’s dysfunction the past few seasons.