Liverpool’s Mo Salah Steps In To Stop Abuse Of Homeless Man At Gas Station, Gives Him £100 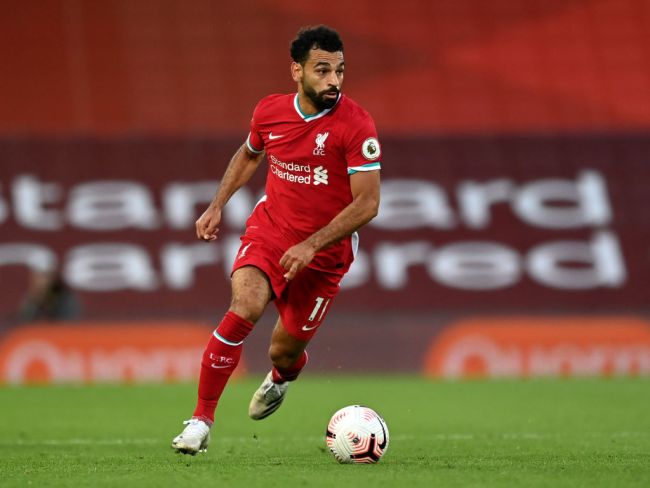 If you’re a soccer fan, then you know my beloved Liverpool got absolutely ETHERED over the weekend, as they got thoroughly dominated by Aston Villa in a preposterous 7-2 defeat. For a team that’s spent the last two-and-a-half years doing nothing but winning, seeing the defending Premier League champions utterly capitulate that was a stunning turn of events. Still, that’s football for you: more than American football, any team can get beaten on any given day, even one of the world’s best.

Still, despite the loss, this Liverpool team is probably my favorite sports team of my life thus far (though, to be fair, that may have to do with the fact that I’m a Jets, Mets, and Nets fan) and that’s a sentiment that’s only amplified when I come across stories like these that prove not only are these lads elite footballers, but they’re genuinely good dudes.

According to reports out of England, right-winger Mohamed Salah — the 28-year-old Egyptian who’s won everything there is to win and is among the Top 10 best players in the world — stepped up when he saw a homeless man being abused at a gas station. Reports indicate that Salah stepped between the man and his abusers, telling the aggressors that “this could be them in a few years”. Salah then went to the ATM and gave the thankful 50-year-old David Craig £100 before departing.

Mr. Craig said: “Mo was every bit as wonderful as he is for Liverpool on the pitch.

“He heard what a group of lads were saying to me, then turned to them and said, ‘That could be you in a few years’. I only knew I wasn’t hallucinating when Mo incredibly handed me £100. What a complete legend,” Craig said.

“They were calling me names, asking why I was begging and telling me to get a job. He saw what was happening and said something to them and then he went to the cash machine. I was more than chuffed. I’m a massive fan. Mo is a real-life hero in my eyes and I want to thank him.” [via The Sun]

It just goes to show that no matter how successful you become, you’re never past being decent to those who need it. That’s my man, Mo.