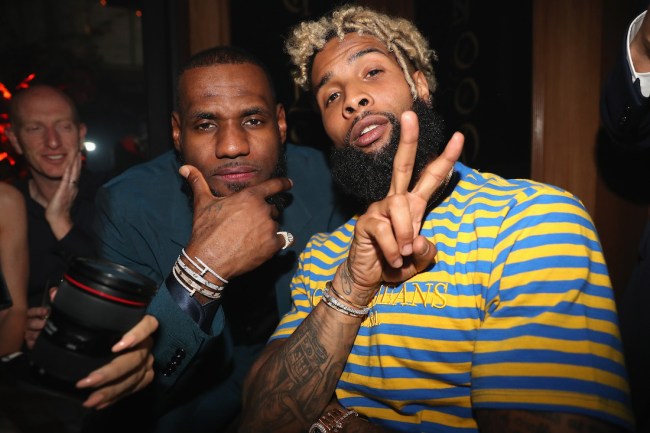 The most hated athletes in the world are often the biggest stars in their collective sports, which makes plenty of sense. Sure, back in the day players like Michael Jordan and Brett Favre were beloved, but, these days, social media apps like Twitter have led to plenty of fan abuse against some of the biggest names.

Some of the reasons are obvious: Fans hate seeing the same old thing. Like, seriously, how much longer do we need to see Tom Brady end an NFL season with a Super Bowl ring? Or how many more headlines is a guy like LeBron James going to grab? It can be exhausting.

One place where sports fans can express their anger, hate or opinions without receiving too much punishment? Twitter.

Sure, every once in awhile we hear about an athlete replying to an online troll, but, for the most part, people can type whatever they want to and actually get away with it. That’s not to say it’s OK to do — like all those death threats some players get for making a bad play — but, sadly, it happens quite frequently.

But which player is actually the most hated athlete in the world? A company called Pickswise utilized data pulled from Twitter over the past year to help answer that question.

According to Pickswise, they collected data from June 2020 – June 2021, finding messages that contained “words, phrases and hashtags that were known abusive terms” against certain payers. The top-10 results can be seen below — and they include some surprises.

The Most Hated Athletes In The World, Per Pickswise Data

Seeing names like LeBron James, Tom Brady, Kevin Durant and Cristiano Ronaldo probably aren’t too surprising. After all, these guys are superstars who often get more hate from fans online than they do praise. There are a lot of factors why that is.

But it was definitely surprising to see Manchester United’s Marcus Rashford sitting at No. 2 on the list, as well as the MLB’s Trevor Bauer in the top-10. Sure, the latter loves engaging with and egging people on online, but one probably didn’t think the Cy Young Award winner would be one of the most hated athletes in the world, per the Pickswise data from Twitter.

Of all the athletes on this list, there’s probably one who actually cares enough to try to defend himself: Kevin Durant. The All-Star is known for having burner accounts and trying to make sense of his Twitter use — but often does more harm than good in his attempts.

Here’s to hoping some of these hateful messages get dialed back a little bit over time, because, whether it’s an athlete or someone else, spewing such hate online is a pretty pathetic practice. But, hey, there’s always going to be those trolls out there with too much time on their hands.