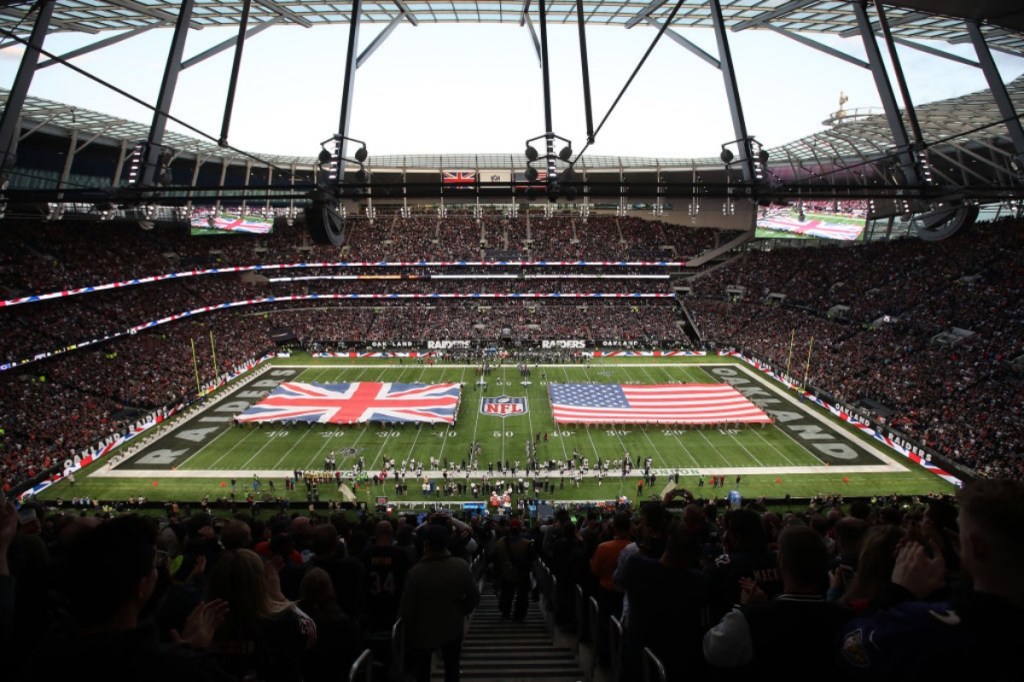 Soccer is the global sport but in the United States the NFL is #1 and it’s really not even close. The NBA, MLB, and NHL all do REALLY damn well but the NFL is truly in a league of its own when it comes to popularity and team values. If you’re curious how those team values compare to the most valuable soccer teams in the world then you’ve come to the right place.

Every single NFL team, all 32 of them, are valued at over $2 billion per franchise. The Cincinnati Bengals haven’t won a playoff game since 1991 and they’re still worth over $2 billion. Here’s the list of NFL teams by value:

I still can’t believe the Bengals are worth two bills. And that valuation of the Buccaneers has 100% changed since they won the Super Bowl by the way, so it’ll be interesting to see where they’re at on the list next season. I’m sure many of you know the same family that owns the Tampa Bay Buccaneers also owns Manchester United, the Glazers, and ManU is waaaayyyy up on the list of the most valuable global soccer teams.

I’m streamlining this Forbes list just so it’s the team + valuation. I’m not sure how many of you out there care about revenue or operating income by you can click to read all of that on Forbes:

It’s pretty wild how quickly those valuations drop off after the top 10 in the world and how crowded things are at the top. The top two Spanish teams remain the biggest clubs in the world and they’re right on par with the most valuable NFL teams but the 20th most valuable soccer team in the world, Ajax playing in the Eredivisie, is somehow worth about one-fifth that of the Cincinnati Bengals. That doesn’t compute in my head.

Of course, we’re comparing apples to wine here. And these valuations are also assigned by Forbes and might not necessarily be indicative of the real-world value of a club. If you want to see more on how they computed this data you can click here to read that Forbes article.

Like millions of American boys, I played soccer growing up but didn’t have a professional team to root for as I got older because the Premier League, La Liga, Bundesliga, and the other leagues didn’t have a major TV presence in the United States years ago. It’s gotten a lot better. I work from home and am able to catch A LOT of games on TV and streaming services. But it wasn’t until a friend’s husband moved over here from England and dragged me into his fandom that I became a diehard Tottenham fan, for better or worse (mostly worse, it’s a really hard team to root for, nothing but heartbreak). For the love of the game, don’t be a Spurs fan. It’s just pain.