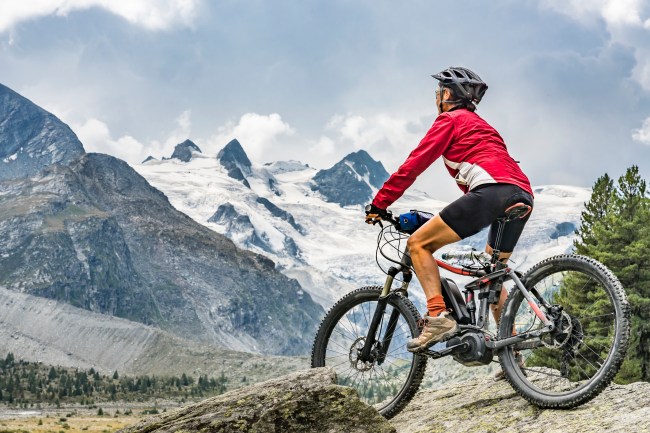 The 2019 Mountain of Hell race in the northern French Alps lived up to its name this year. The downhill mountain bike race sees hundreds of riders riding at top speed down an icy glacier in pursuit of glory.

This year’s race got off to a dangerous start when a crash on a tight part of the course led to a massive pileup with countless mountain bikers crashing into each other and eating shit on the snow. The race course descends around 8,530 feet (2,600 meters) over 12.4 miles (20 kilometers).

With the elevation changing VERY fast and the race starting on a glacier there’s always a chance that all hell will break loose and that’s exactly what happened at the 2019 Mountain of Hell race. Footage of the crash is nuts. Thankfully, there were no serious injuries reported.

It was a chain reaction after a rider near the front of the pack took down another mountain biker after clipping him and that triggered another crash, and another, and before anyone knew what was happening there were hundreds of mountain bikers wiping out on the mountain.

We have multiple views of this crash. Here are two POV versions of the crash filmed from the helmet cameras of two of the 2019 Mountain of Hell competitors:

There were around 700 riders in this year’s Mountain of Hell race according to the website Bikesy. This year’s race was won by French ride Kilian Bron who was reportedly clocked at speeds of 77mph (125km/h) going down the glacier, that website is also the one reporting that there were no serious injuries.

If you’re a middle-of-the-pack rider who was probably going to finish 400th out of 700, isn’t this kind of the best case scenario? You now took part of the most epic crash of 2019, you weren’t seriously injured, and there’s a chance that you finished a lot higher than you should’ve because everyone in front of you wiped out.

For more on this, you can visit SI’s Hot Clicks.