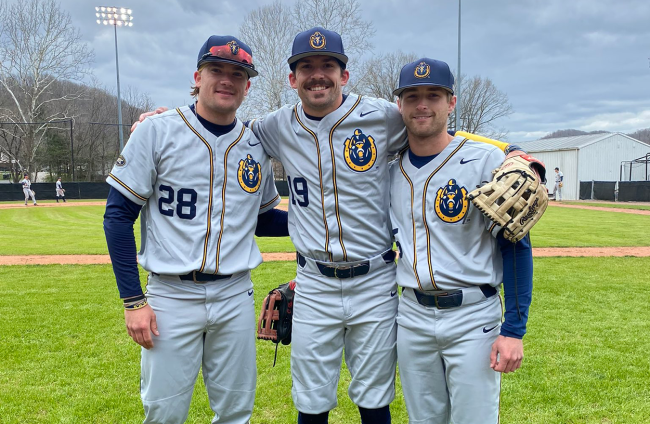 Murray State baseball is 14-7 through the first 21 games of the season and has a legitimate chance to make a run to the postseason with strong Ohio Valley Conference play. As the Racers (one of the most unique and coolest mascots in sports) try to push toward a regional, they will have a new friend in the dugout with them.

The ‘Home Run Panda’ is the team’s new good luck charm and it has an incredible origin story.

After turnover props became all of the rage in college football, the prop trend made its way to the diamond. Tennessee has a ‘Home Run Fur Coat’ that is the perfect example of why college baseball is more fun than the MLB, and Virginia Tech has a ‘Home Run Sledgehammer’ that could not be more exhilarating.

Murray State’s ‘Home Run Panda’ prop is even more unique than a fur coat or a sledgehammer.

As the story goes, the Racers traveled to Morehead, Kentucky on Thursday prior to their three-game series against Morehead State. Once they got into the city, the team hit Dave & Buster’s for dinner.

After playing a few games and winning some tickets, the players made a decision. They were going to pool their tickets to leave Dave & Buster’s with a prize.

Ultimately, they settled on a giant stuffed panda, which made its in-game debut on Friday. Bryson Bloomer, who has a fantastic baseball name, hit a solo home run in the 8th inning and was met with the panda at home plate.

BLOOMER BOMB💣@bryson_bloomer with the solo blast for some 8th inning insurance 💥 pic.twitter.com/Ozd4pvRf6h

And then, when Bloomer went yard again on Saturday, he became both the first and second recipient of the Home Run Panda.

For the second day in a row get that man the home run panda🐼 pic.twitter.com/N1NW5cOxnY

College sports are all about having fun and Murray State is doing just that. It couldn’t be more awesome.