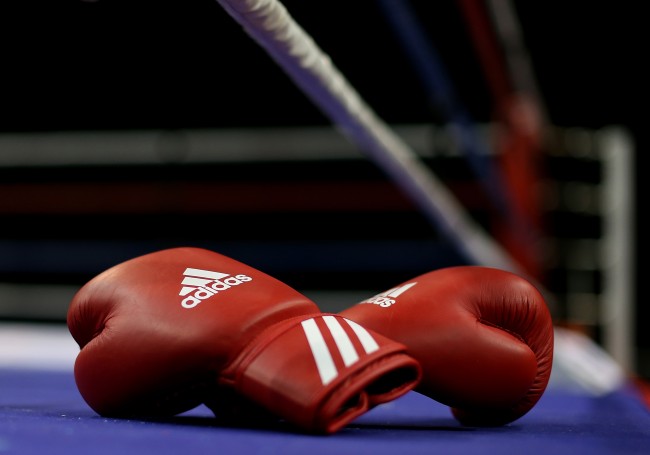 Over the weekend, a muscular police officer and popular TikTok user DarkSonOfKrypton posted a video challenging protesters to a boxing match on the social media app.

Things got a bit out of hand for the officer after the video went viral and he started getting challenged by all sorts of people.

Which one of you tough Antifa/BLM want to get in the ring with this cop? pic.twitter.com/xyshCNqkUt

So I just watched another video of some clown with a camera running his mouth to an officer I think it was in New York and calling him a b***** and a punk and he said to take that badge and gun off and let’s fight, a lot fo you clowns like to do that, ya’ll really think we hide behind our badges and guns. Obviously we can’t fight that’s what you think right? How about we come up with a system that the officer signs a waiver and you sign a waiver, you put your camera down, we put our badge and gun down and let’s step in the ring. Let’s see how many of you would sign up. I’ll sign a waiver, how many of you would step in the ring with me?

Several NFL players and pro boxers including Devin Haney and Chad Johnson were more than happy to accept the cop’s challenge to a fight.

Gladly welcome you to a beating https://t.co/rFglV02ZPs

Imagine that in 2020 y’all still out here thinking muscles mean you can fight. 😂😂😂 https://t.co/nlC1WGQjRn

We can do whatever you wanna do bossman

Bet. That cut off ain’t fooling nobody https://t.co/kJNniFqvPy

The officer eventually backtracked by saying he didn’t mean to challenge every protester to a fight and that he definitely didn’t challenge pro boxers.

I did not come out and challenge anybody, I definitely didn’t challenge black people, I did not challenge Black Lives Matter, I did not challenge Antifa, what I said was clowns. That means if you’re not a clown or one of the idiots that randomly walk up to an officer because you’re in your feelings and says take off your badge and gun and I will beat you up, this does not apply to you.

I’ve been getting all kinds of messages and friend requests…I’ve gotten all type of professional boxers who have been boxing for 300 years and because this cop said this, I want to fight him and that’s the wrong answer. If you want to fight me it’s because I did something to you, right now half of you guys are running off of the mouth because of what I do for a living but you have never personally met me and I’ve never done anything to you, nor me. So if you want to get in the ring make sure you have a valid reason besides what I do for a living.

Boxers stepped up for the community to this clown ass cop trying to intimidate us with his muscles and now the Ops backing down sayin he doesnt wanna fight https://t.co/unsGAJiSqL

Threw the rod out and wasn’t expecting a bite huh. Shocked the shit out of you when you realized folks really want that smoke. Now all y’all “fight him then” head asses look stupid. https://t.co/TpXE3oHmzI

Lmao now he copping pleas. He basically saying “why you wanna fight meeee? I didn’t do anything to you”

It wasn’t a challenge? He literally said “let’s sign a waiver and step into the ring” lol https://t.co/E277xagA8x