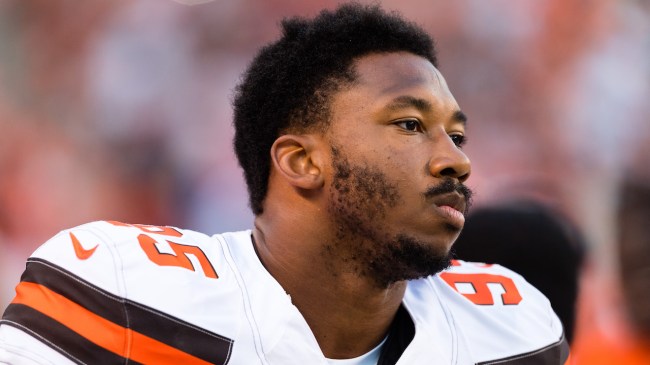 Earlier today, we brought you the story of Myles Garrett being allegedly assaulted by a dude posing as a fan wanting a picture.

The immediate take on the internet was that no one could understand why on Earth anyone would choose to assault a defensive lineman in the National Football League. And not just any defensive lineman, but one who stands at 6’4″, 271 pounds, was drafted with the first overall pick in the 2017, and looks like this: 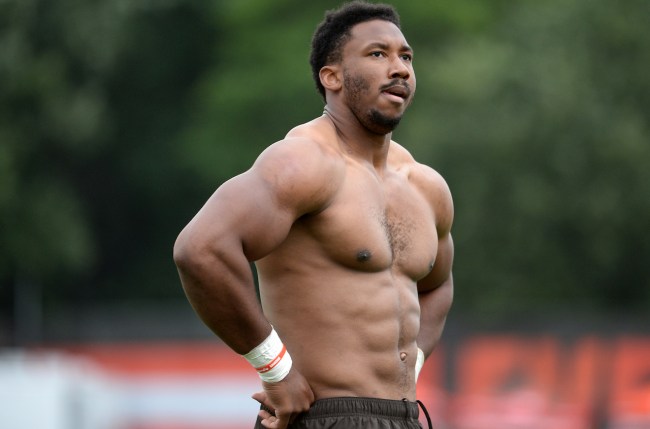 Luckily for Garrett, Cleveland Browns fans, people who do not wish harm upon others, and probably the coward who threw the punch, Garrett was unphased by the incident, taking to Twitter to not only criticize the unnamed assailant’s fighting technique but to point out he didn’t even flinch. Classic, sick burn.

And as it turns out, someone in a neighboring car got a video of the tail end of the altercation, as he was able to record to death-wishing having fake-nice-car-flexing punch thrower fleeing the scene.

Preciate the video but how you gonna start recording AFTER I got punched 😂 Lmao you can’t make this stuff up. Dude took a pic. Gave me a soft bop. And SLID. #fakelove #jeremyisokay https://t.co/lg6QXnkdyC

Given that A) someone on social media has already posted a video of this idiot’s car and B) this happened in a busy intersection next to a massive gas station, there are likely cameras everywhere, meaning this jack off will be tracked down by police before the weekend.

The sooner the police get to this guy the better, as he’s obviously an absolute psycho. What sane person would take a swing at Myles Garrett? If you want to pick a fight with a football player, I’m sure there’s plenty of guys in MLS who are wayyy less terrifyingly imposing, so start there. The USMNT needs a kick up the ass anyway.